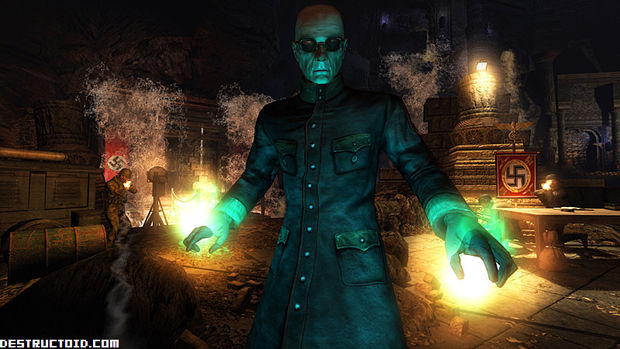 The best Nazi shooter ever released on consoles in mid-August 2009 is available on Steam. That’s right — Raven Software’s FPS Wolfenstein has come to Valve’s ever-popular digital distribution service. Price at $49.99, the title won’t offer more than its console (or even PC) counterparts. But, hey, it’s downloadable, right?

In slightly more current news — Wolfenstein was released yesterday — a PC demo is now available as well. So, if our review didn’t give you enough of an impression of the title, feel free to grab a playable glance at FileShack or your demo download station of choice. Just try not to be surprised by how mundane it is.