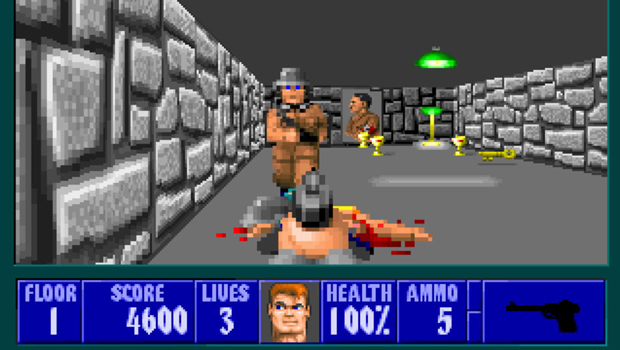 With Wolfenstein: The New Order‘s release date nearing, Bethesda has relaunched “the game that started it all” on Xbox 360 and PS3. Yes, Wolfenstein 3D is once again available on the Xbox Live Arcade and PlayStation Network (400 Microsoft Points/$4.99 respectively) in North America, with a European release coming soon.

Wolfenstein 3D was originally put out on XBLA and PSN in 2009 by Activison. Bethesda would go on to purchase id software, the team behind Wolfenstein 3D, later that same year, and the game was then delisted in 2012.