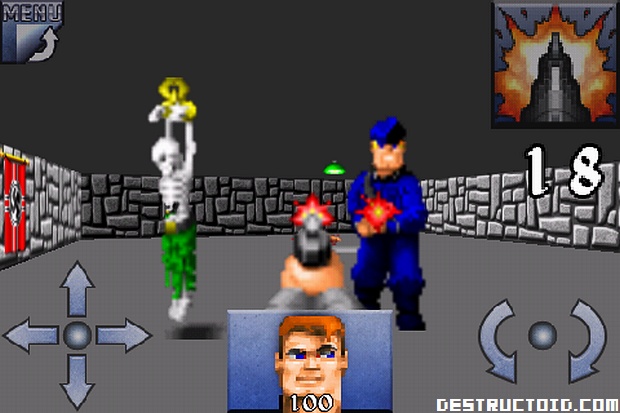 That shiny, pretty new version of Wolfenstein for the 360, PS3 and PC is just what some gamers want, but let’s be honest here — some of us remember when it was called Castle Wolfenstein, was played on our Commodore 64s, and was pretty awesome despite the simple as can be graphics. Next-gen updates of old games are in vogue though, and that’s cool, but I just might have good news for those of you who grew up on the older games.

Wolfenstein 3D Classic has been announced for iPhones, with idSoftware at the helm. If you’ve been playing FPS games since the good old days, surely this classic was among your favorites. All the big enemies are there (yes, even MechaHitler) along with a new top down map. Cool! It’s on the iPhone store now for $4.99, so check it out if you want to relive some nostalgic times.