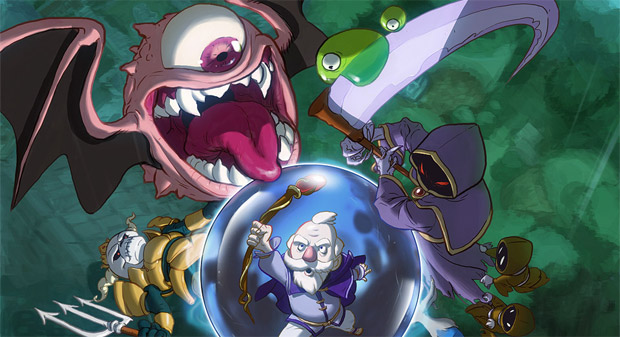 There may be very few Xbox Live Indie Games worth actively anticipating, but when one does come along, it’s on us to beat you over the head until you either get it on your radar or, understandably, run away. My current focus is on Tribute Games’ Wizorb, which releases September 29.

Inspired by Devil’s Crush and other delightful titles, Wizorb is a block-breaker game with a fantasy theme. Fun as no-frills Breakout gameplay can be, it’s not always enough, which is why the melding of genres is appreciated.

News of the PC version is supposed to come “soon.” The one-two punch of XBLIG followed by PC seems to be the way to go at this point.

Tribute Releasing The Wonderful Wizorb To XBLIG On September 29 [GameSetWatch]