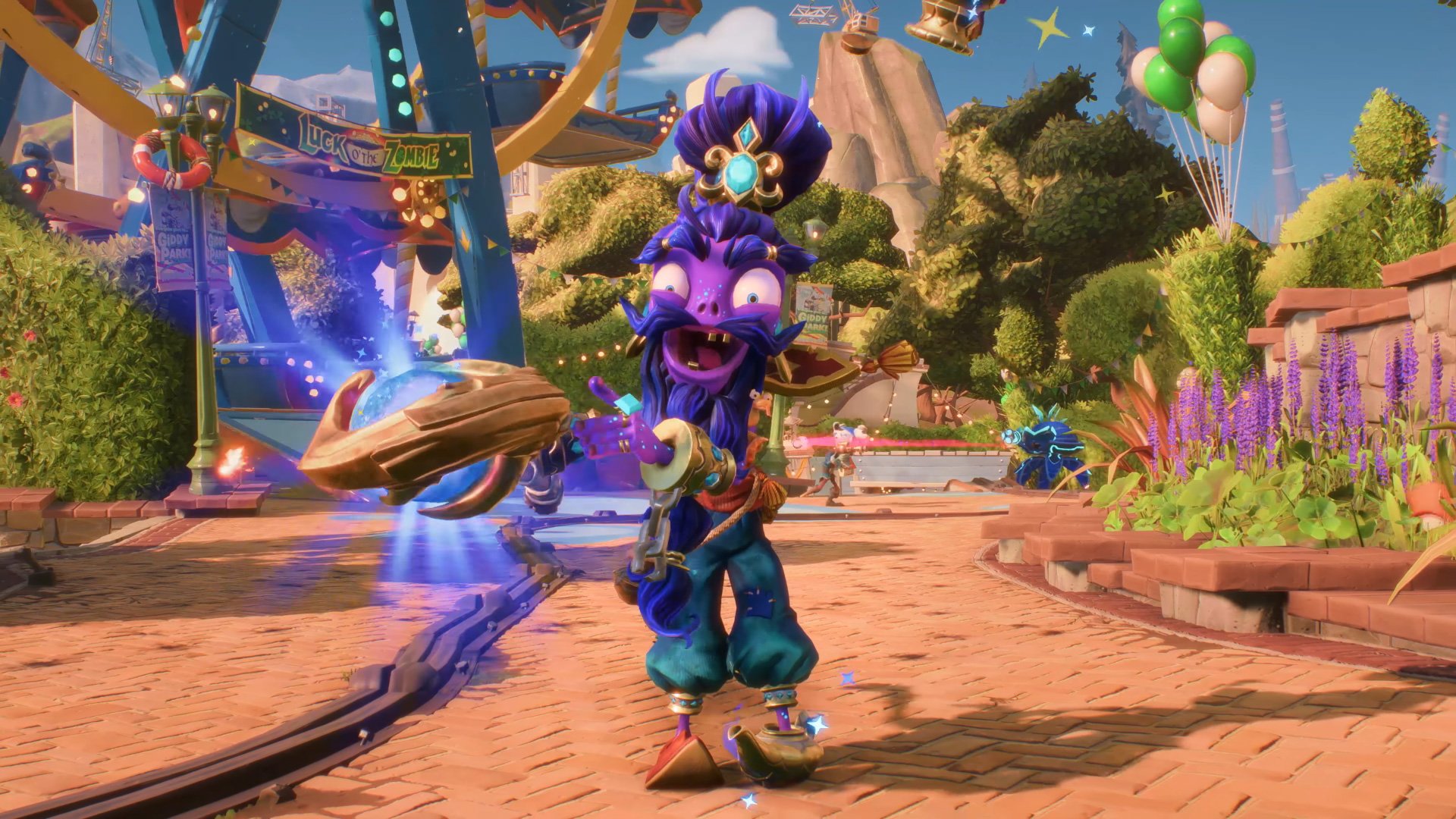 Unlockable on the March 2020 Prize Map or with 500K coins

The zombies are finally getting a magical counterpart to Rose. In an update preview video for Plants vs. Zombies: Battle for Neighborville, PopCap Vancouver confirmed the long-speculated Wizard Zombie character. He’s not joining the game until March 2020, but you’ll want to start saving your coins.

To unlock the Wizard Zombie, Battle for Neighborville players will either need to finish the Prize Map (the PvZ equivalent of a free battle pass) in March, or they’ll need to fork over 500,000 coins once the Luck o’ the Zombie festival concludes at the end of the month. I can’t say I’m surprised by that rollout.

Up until now, the Prize Map model has mostly dealt with alternate outfits and other less-flashy cosmetic rewards, so this is an enticing incentive to keep plugging away at the game all month long.

As the video shows, PopCap has several other things lined up for Battle for Neighborville before the roster update. Throughout February, players can strive to unlock the Foodal Lord Draconius legendary costume for Kernel Corn, and there’s also a new Turf Takeover map, Preserve Pastures, to check out.

The Valenbrainz Prize Map has a gameplay-impacting reward up for grabs, too. Players can earn the Shogun-Guard upgrade for Kernel Corn, which gives him a personal shield. The ability item will be “available for purchase in Rux’s Emporium” starting March 2, 2020, according to the developers.

I’ve dropped off this game, but I have to imagine it’s still decently popular among families.