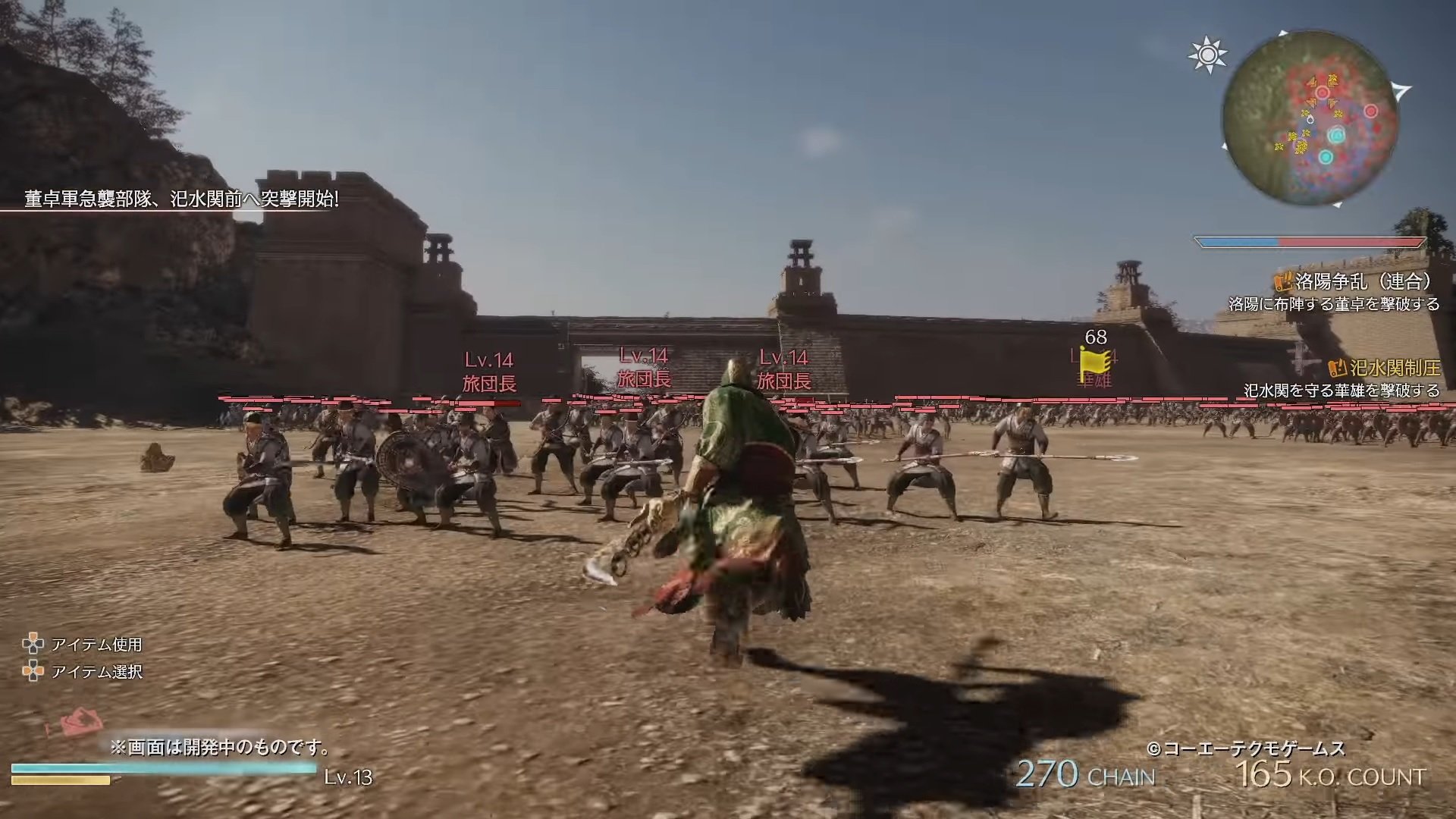 A lot of people are getting pretty tired of the whole open-world craze and I can’t say I disagree with them. With seemingly every game jumping into that format of world building, the intricate level designs and more intimate feeling that traditionally developed games exhibit might be disappearing into the past. You could also end up with something like Breath of the Wild, a game that is as divisive as it is energizing.

For Dynasty Warriors 9, though, the open-world format seems absolutely perfect. Who doesn’t want to rampage through a seamless China, kicking about hundreds of thousands of soldiers at will? That you’d no longer need to sit through loading screens is just icing on the cake, since they tend to be the worst offender in any Dynasty Warriors title.

If you’ve been worried about how the jump to a brand new engine and gameplay style might impact the series, then let this eight minute direct feed put you at ease. It definitely looks like Dynasty Warriors, just on a much grander scale.

I like that there are actual quiet moments in the above footage. I know Dynasty Warriors is supposed to be a power fantasy, but having some actual exploration mixed in seems wonderful. That is also exists in one of my favorite time periods (Ancient China) gets me really excited. Hopefully the game world has a bit more than just empty expanses, though even that would please me.