The studio looks to the past to predict the future

CCP Games, creator of the equally famous and infamous EVE Online, had a lot to celebrate last week. Mere minutes from their offices in Reykjavik Iceland, at the Harpa concert hall, they hosted their 14th Fanfest: a celebration of the game and its fans by way of a three-day event.

But the studio is coming off of a rather uncharacteristic past few years, having invested so much in VR, only to watch its investment stagnate. CCP managed to hit several milestones with VR, as EVE: Valkyrie was not only the first game to break the cross-platform VR barrier, but it also brought us into the surface of EVE‘s planets with the Ground Rush expansion. Sparc, a competitive sports project, was the first non-EVE thing the company had ever done. The future looked bright, and then in October of 2017, CCP pulled the plug on both the pair of games and the studios involved.

As CEO Hilmar Pétursson noted at the Fanfest 2018 keynote, it was time to refocus. Pétursson had spent so much time working on VR that he didn’t have time to play EVE, something he vowed to correct just last week when he announced he had recently returned to the game.

To make sense of these shifting tides, I spoke to several key members of CCP staff about where they were going and where they’ve been. 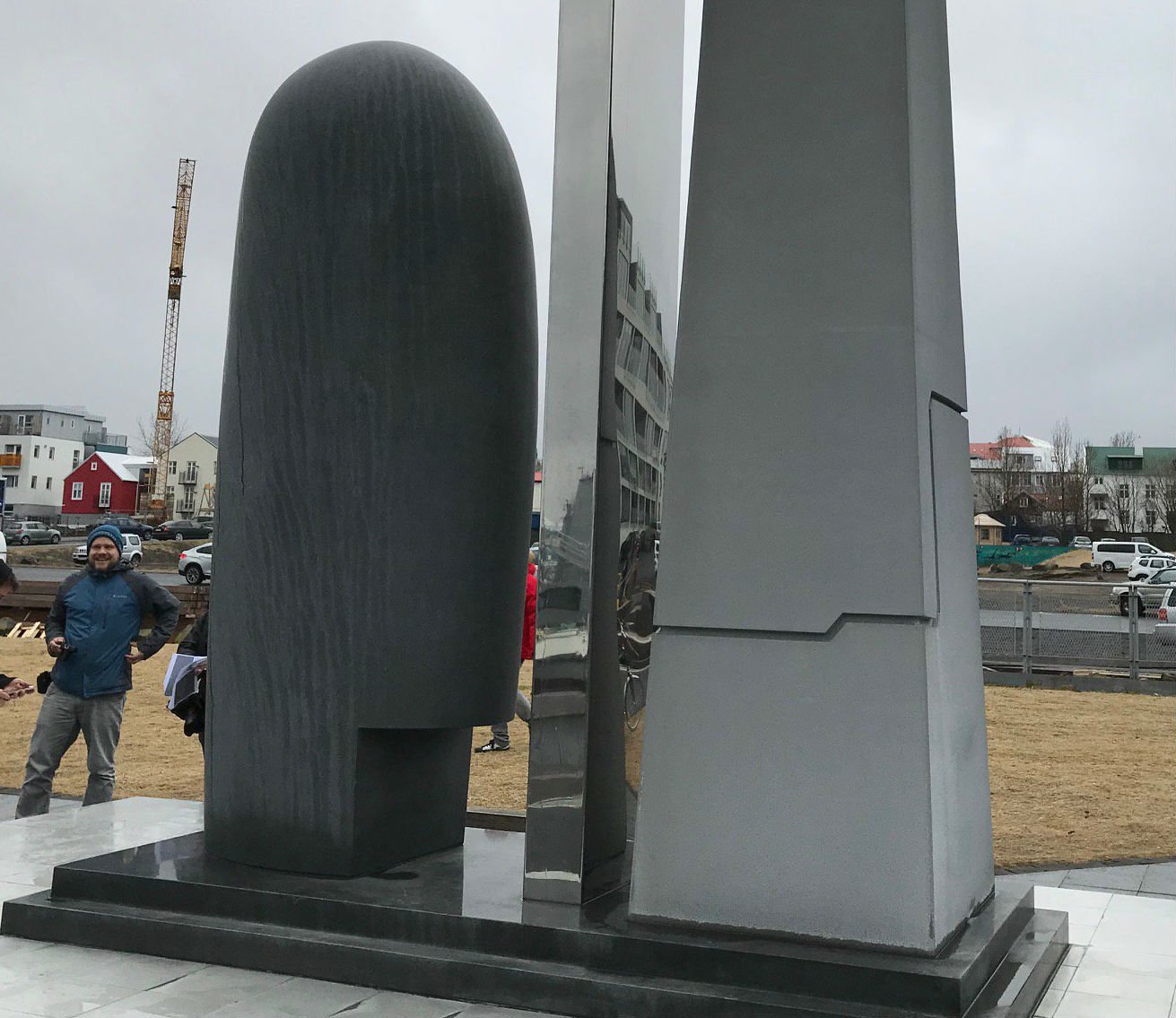 While the situation may seem dire on the outside, the mood at this year’s Fanfest was as bright as ever. Every attendee I spoke to was happy that VR was kicked to the curb, and in the words of one player: “it’s great to see EVE as the main focus now.”

And EVE was the focus of every talk, keynote, and the closing ceremony. Beyond a brief mention of the death of VR and the existence of Project NOVA from Pétursson, the focus was all EVE Online all the time. Amidst cheers from fans and worried murmurs I watched the announcements flow, and was witness to the constant callouts of various corporations (guilds) and alliances (collections of corporations) from CCP. The company explained in a press briefing that this is the biggest Fanfest to date, and that they expect EVE Vegas to grow even further in 2018.

Fanfest itself is going through some changes. There won’t be an event in 2019 in favor of another, smaller fan-focused gathering somewhere in Europe. This is on top of “EVE Down Under” in Australia, a still undisclosed east coast event, and of course, EVE Vegas, which was just dated for October 19-21.

I spoke to Paul Elsy (CCP Falcon), Senior Community Manager at CCP about the new plan, and he seemed rather excited about the move to more Fanfests. “As the program director of Fanfest I know a little bit about this. As you may have seen Iceland is becoming a really expensive country again, the exchange rate is crazy. Remember, Fanfest is coming back in 2020. We’re kind of just hitting the pause button. There’s always little gatherings when it comes to EVE fans…we’re everywhere. There’s so many solid gatherings in Germany and the UK, so we’re spoiled for choice when it comes to the European Fanfest, but people will be celebrating regardless. It’s going to be a bloody busy year, especially since EVE Vegas is approaching Iceland’s Fanfest in terms of attendance. It’s still all about getting destroyed and celebrating spaceships…and playing blackjack a lot. I don’t think we couldn’t do Vegas, it’s become a real hallmark of the calendar. I couldn’t imagine a world where we don’t go to Vegas as a company.” 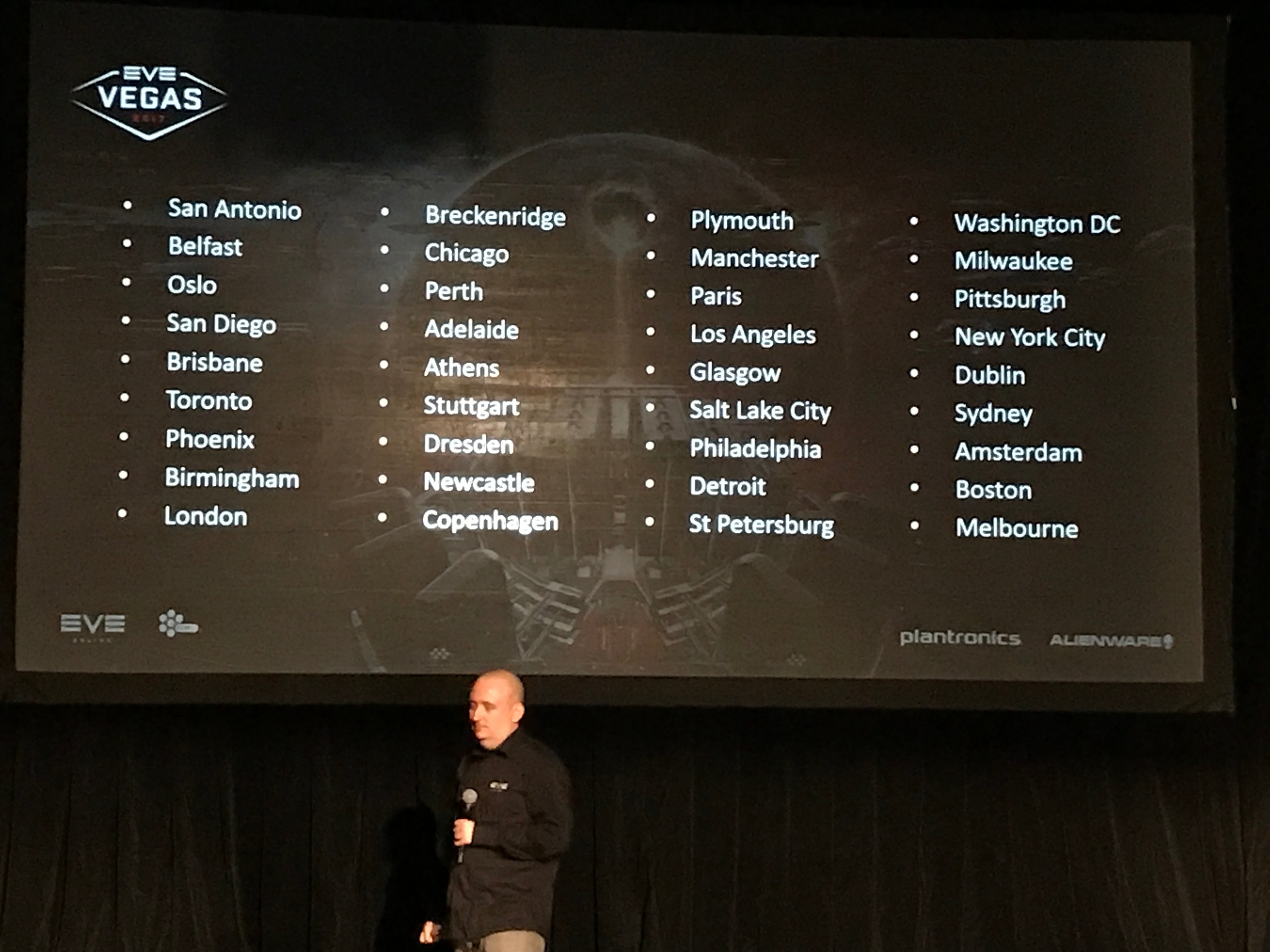 CCP is also doubling down on EVE-centric team members, re-focusing some of that budget, and I had the chance to speak to a relatively new hire. David Ecker (CCP Shreddy), Live Producer for EVE explains that he continues to work on The Agency, an interface that helps players find things to do in the EVE universe. “Back in the day, in the old era of gaming, I’m thinking the end of which was 2008, you would ship a game and then never go back to it. But ever since then the landscape has changed and you need to keep supporting your game. CCP has been really receptive to that idea, which is why you’ve seen EVE survive so long. We’re constantly looking at things to change, tweak, and introduce.” That mentality includes updates big and small, like the upcoming expansion Into the Abyss.

Sæmundur Hermannsson (Saemi), Brand Manager at CCP helped explain why they think the game will never die. “Passion, that’s it. Fans have such a strong opinion on the game, and they’re coming to Iceland through the middle of winter just to talk about it. The very first Fanfest happened soon, so the link between the community wasn’t instant, but natural. The biggest challenge for us is to keep them informed. These guys, they’re geniuses, they know more about EVE than most of us. It’s no secret and it shouldn’t be. That relationship has had its ups and downs, and the players have been mad, something I totally understand, as you can’t be mad if you aren’t passionate. They’re the lifeblood of the game and why we’re here.” 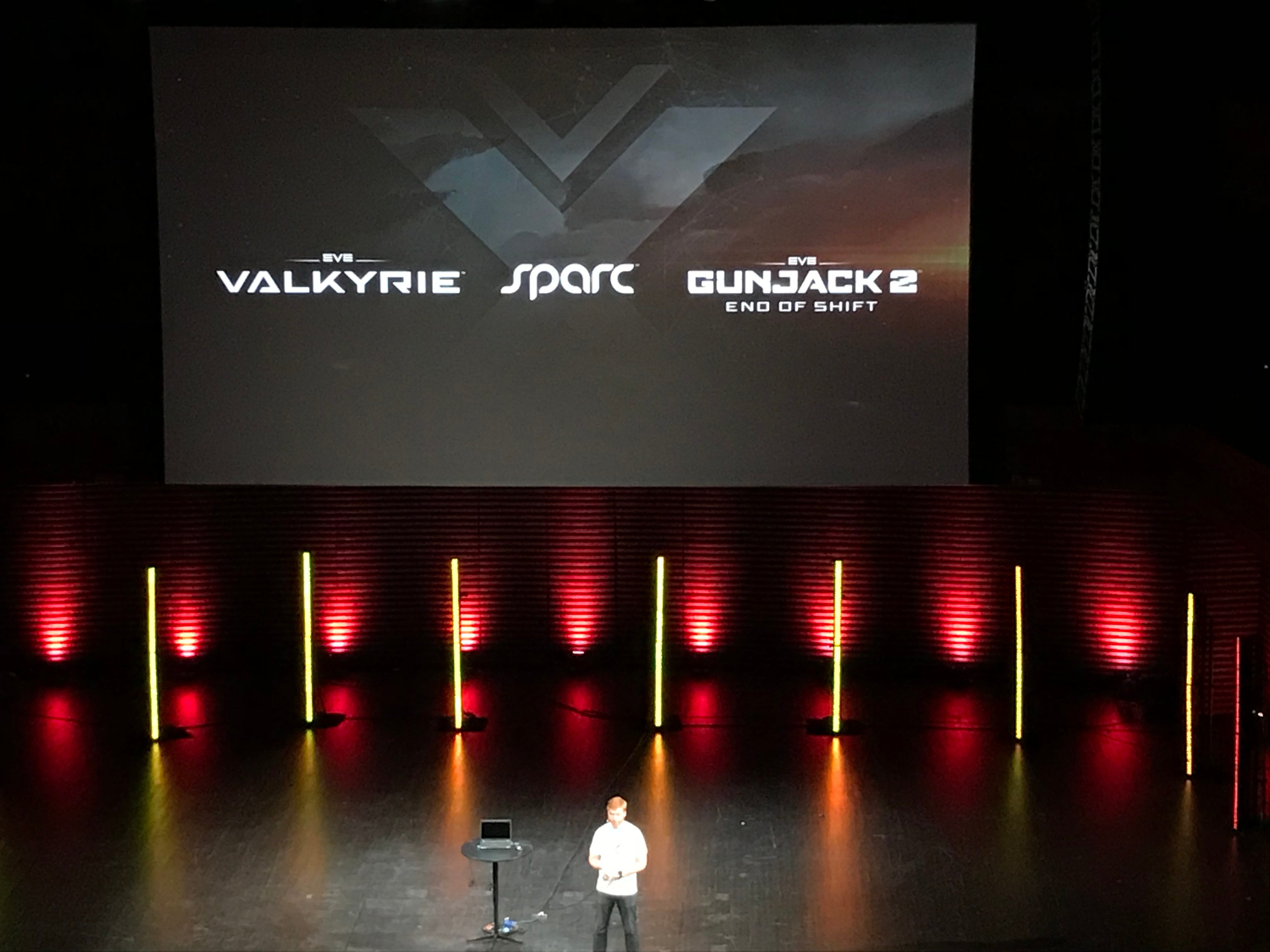 Following up I asked him if there was such a thing as too forthcoming, and his response was interesting: “There are pockets of things we need to be open about, absolutely. For instance balancing issues, that’s something the community wants to know about. I play a lot of FPS games myself, and I know the feeling of coming in and having something undocumented show up. Players can lose a fight because something wasn’t documented, that’s a horrible experience. On the other hand there is some things they don’t need to always know, as EVE Online is a living world. This is a real thing, not just raw code. Take the new expansion…we want small reveals, so we don’t spoil things. We as a company have a fun time revealing things too. We want to see their faces when we do it.”

Brenton Hooper (CCP Larkin) a designer for EVE, works specifically on the universe of the game, and in his words “the tapestry of EVE‘s relationships.” He thinks Into the Abyss is going to change the way players, both old and new, look at EVE. “We’ve had heaps of feedback so far already! People are excited about the potential of mutators (randomized upgrades that can power-up or power-down pieces of your ship), as you can earn them even just a few hours in, the only requirement is that you have a cruiser. You can go in, earn filaments and do these randomized pieces of abyssal deadspace almost right away.”

The idea of randomized dungeons is fascinating, and something several MMOs, including World of Warcraft, are moving toward (and funnily enough, mutators are a lot like the Titanforged mechanic in WoW, but with an EVE twist that it can screw you). Hooper goes on to explain the concept of abyssal deadspace further, noting: “it’s a mix of procedurally generated content and deliberate design. It’s actually something we’re excited for, and we’re keen on possibly looking at inserting into other older aspects of the game. It’s not something we’re announcing right now, we’re just looking at it. We want to keep these as accessible as possible and bring new people in.”

As for VR, there doesn’t seem to be as much hope. Pétursson explained to attendees that although CCP is proud of the work they’ve done and that the medium is still ahead of its time, it just isn’t ready yet on the consumer side. It’s a pretty frank admission, especially since so many other studios aren’t willing to drop that hammer, and again, it’s allowed CCP to take one foot out of VR and promptly plant both legs into EVE proper.

EVE Online isn’t going anywhere anytime soon. As one of the pioneers of VR they took a risk, and based on my chats with various members of CCP staff, it was a calculated one. The company is set to move offices across Reykjavik as soon as the building is ready, and there’s talk of shifting the gigantic EVE monument indoors to protect it from the elements. In a way, that notion sort of sums up CCP as a company. They’re willing to protect their legacy by any means, and will continue tirelessly to balance development with fan interaction.