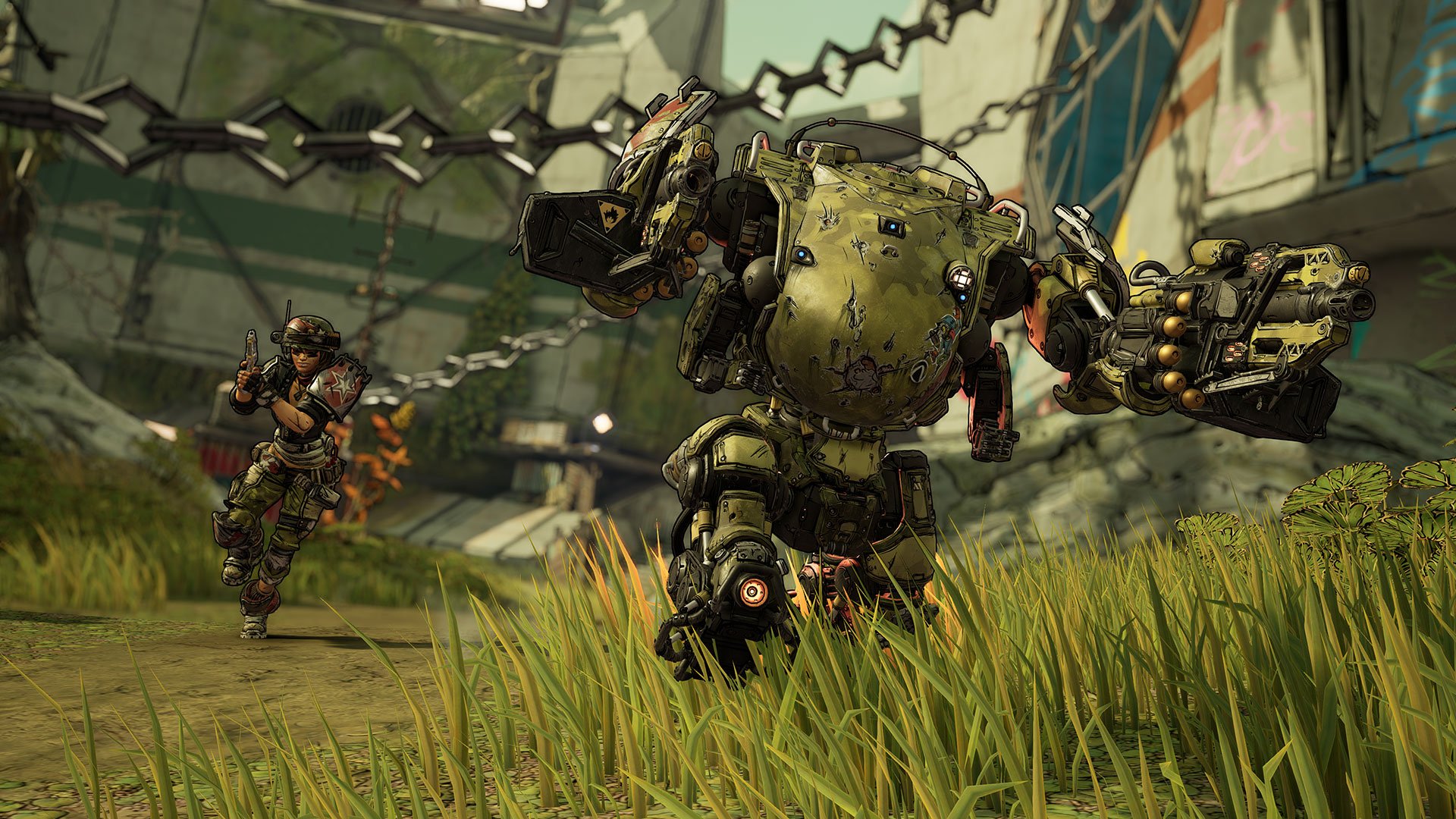 ‘Bear Mother’ and ‘The Professional,’ respectively

In case you missed it, all four main characters in Borderlands 3 are getting new skill trees thanks to the upcoming Designer’s Cut DLC: which is part of the second season pass.

While Amara and the best Borderlands 3 character (do I even need to say their name?) were already spoiled, today Gearbox has unveiled the upcoming alterations to Moze and Zane’s playstyle, and they both sound just as fun as the other two.

Moze, appropriately, is getting a new skill tree called Bear Mother. It’ll summon an Iron Cub, which is a smaller version of the Iron Bear, to fight with. Gearbox says that the Bear and Cub rare “mutually exclusive skills,” but the buffs that work for the Bear will also work for the Cub: so waste not, want not.

The Cub will last longer too (it also runs on a gas meter), while the tree itself focuses on a fire-based elemental theme. Sample abilities include biofuel (regenerate health for lighting enemies on fire) and limit break (every elemental effect that’s active increases her cooldowns). You can find her new build here.

Zane, also in line with his theme, is now able to take The Professional tree. The main gimmick here involves a MNTIS Shoulder Cannon, which can snipe enemies from afar and hangs out on your person. While it may not seem like much, the cannon triggers “use and end” abilities when it fires, so you can combine it with all sorts of weird and tricky builds.

Other powers include shooting and sprinting simultaneously with fugitive and enabling piercing critical hits with eraser. You can find his new build here.

So what’s next for Borderlands 3‘s DLC reveals? Well, on October 29 we’ll get to see the new Arms Race mode — which some would argue is the main course. The DLC itself hits on November 10, the same day as the Xbox Series X launch.

Get to know Moze and Zane’s Skill trees [Gearbox]