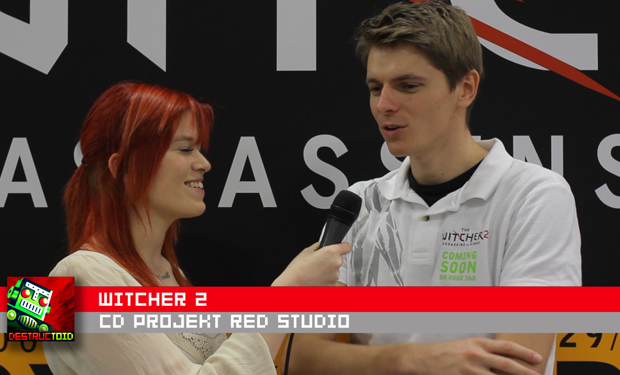 I have been a very big fan of the Witcher 2 since its release and I was very disappointed to learn that the Xbox 360 version had been pushed back to Q1 2012. Yet CD Projket Red has been hard at work and until my non-PC gamnig friends can join me in my love for Witcher 2, its newest update is set to keep us all very happy indeed.

Not only do I get to interview the cute guy from CD Prjoekt Red, but I learn about the new “Dark” difficulty level and Arena mode, the brilliant price tag that CD Projekt are giving Witcher 2 2.0, and we have an update on the Xbox 360 version.