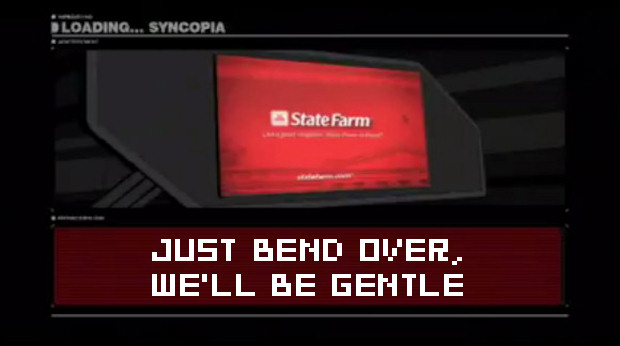 The most common argument you ever see during a debate about in-game advertising is one I tend to agree with myself: It’s okay so long as the adverts don’t negatively impact the gameplay. So, what do we say about WipEout HD, a game that was recently updated to include adverts which double the loading times?

The latest patch now forces players to watch a commercial before each race, courtesy of the fine marketing folks at Double Fusion. Before the update, races took eight seconds to load. Now they take sixteen. This is more than an in-game billboard or Solid Snake carrying an iPod in his pocket. This is a game basically being screwed with in order to push commercials over gameplay.

I really don’t care for that at all.