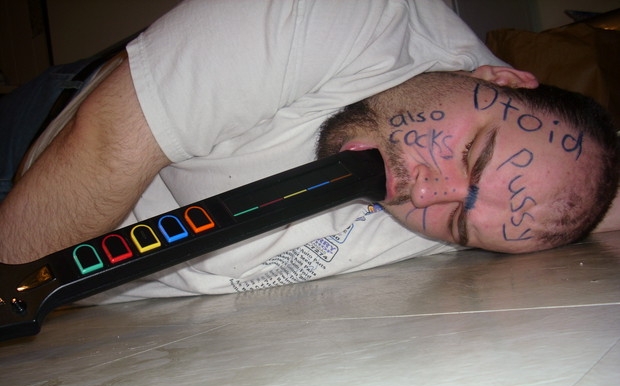 Last week, we held a contest where we were giving away Critter Crunch for the PSN, Critter Crunch T-shirts and this signed print art by Nick “Qiqo” Stephan. After the contest went up, Capybara and Qiqo gave us an additional prize to give away, which was this AWESOME drawing of Biggs barfing up a shark that’s barfing up a cheetah with laser beams coming out of its eyes.

A lot of you barfed up some crazy things resulting in some pretty great pictures. Thankfully, none of you actually submitted pictures of real vomit. Congrats to TheBigFeel for coming in first place with his submission of vomiting up Biggs. TheBigFeel will be getting Critter Crunch, the shirt and the two art prints. Congratulations also go out to HammerShark, ZombiePlatypus, JoeCamNet and SuperDryBones. They’ll each be getting a code for the game and a shirt as well! Big thanks to Capybara and Qiqo for all the awesome they provided.

We’re always giving back here at Destructoid! You still have some time to enter this PS3 giveaway and our Magnacarta 2 contest just launched today!