On April 19, Will “Cyrus” Powers will start his job in the PlayStation Quality Assurance department in San Diego, California. He didn’t get the job by simply applying and acing your standard job interview, and he didn’t have an “in” with a friend or a family member. No, the 23-year-old Powers got his new gig by beating out 11 other contestants on a reality show.

The Tester, a show developed and filmed exclusively as a download for PlayStation 3, premiered on the PlayStation Network earlier this year to the raised eyebrow of the cynical gaming community. In it Powers “battled it out” against 11 other contestants, each vying for a position as the “next PlayStation tester.” With a panel of judges ranging from Sony employees to Hal Sparks to Eat Sleep Play’s David Jaffe, the contestants performed a series of crazy challenges before being faced with potential elimination.

When the smoke cleared, Powers has emerged the winner, taking home a $5,000 “signing bonus” and a new gig that would find him moving across the country to fulfill a dream. I had a chance to catch up with Powers last week (just a day after the final episode aired) to find out his motivation for wanting to be a game tester, his experience in the reality competition, where he hopes his new career might lead him, and more.

After reading a call for entries on the official PlayStation Blog late last year, Powers jumped on submitting an application video.

It was this simple ice breaker (one that he says he uses often when he wants people to remember his name) that he had hoped would catch the attention of the casting agents. And it did. After the casting company went through thousands of submissions, it was then narrowed down to 250 hopefuls who were then subjected to four rounds of phone interviews. After the lot was further narrowed down to 25, Sony chose to fly 15 out to the future set of The Tester. By the time the show began filming, only 12 remained, Powers among the lucky few. The whole experience, he says, was “pretty nuts.”

Powers is a longtime gamer who says he played text role-playing games on his PC growing up, and who boasts that he has exactly 26,000 PlayStation 3 Trophies, 39 of them Platinum. “I really enjoy playing games not only just for the sake of playing them,” he says, “but playing them through completion so that I can really experience everything an individual game has to offer.” 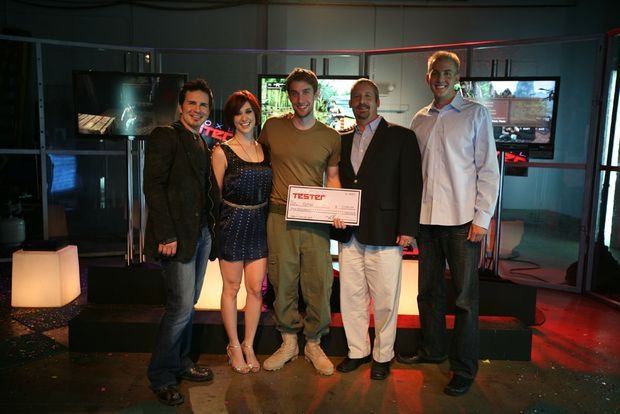 Before appearing on The Tester, Powers (who’s currently based out of North Carolina) did everything from bartending to shucking oysters at a local bar. He also runs his own gaming blog, telling me that he’s been doing freelance gaming media for quite some time. He’d even applied for jobs at well-known North Carolina-based gaming studios like Epic Games, Insomniac Games, and Red Storm, to no avail. The Tester seemed like the perfect opportunity, the “in” he was looking for.

“It was sort of a ‘foot in the door’ mentality,” he explains, “[For] me more so than some of the other competitors in the sense of me being on the East Coast — 90% of the game companies are on the West. So I don’t really have the opportunity to actually apply actively for jobs in the industry as much as the people that are down in Southern California. So not only was this a foot in the door opportunity, but it was also paying my travel expenses to go out and be where there were jobs in the industry.”

It paid off for him, but he didn’t really have a clue what he would be getting into. “If you watched all of the different set interviews, a couple of us mentioned that we were expecting to play games a bit more,” he says. Not quite: The show had contestants competing against one another in live-action role-playing scenarios, rolling around in hamster balls, and other wild-and-crazy challenges. And while Powers may have ultimately been the best LARPer, the best hamster, or simply the most qualified contestant for the job, he has nothing but good things to say about his former competition.

“The cool thing is that all the contestants really brought something different to the table,” he says. “They were all chosen for a reason, and that wasn’t really illustrated well.” 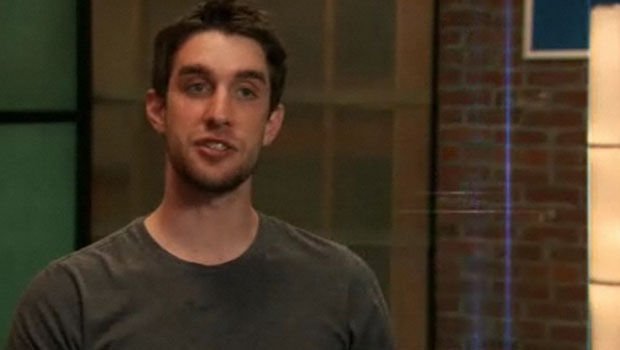 Shoots went on for upwards of 19 hours a day, with most of it ending up on the cutting room floor — the longest single episode of The Tester doesn’t even top at at more than 30 minutes. He goes out of his way to point out some of the show’s contestant’s skill sets: He mention’s Luge’s video editing talents, Roni’s success as a screenwriter, and the infamous Barmy who a Master’s degree in Shakespearian literature. “So it’s shocking how talented these people are. But they all came together, and that’s just a testament to how long and grueling the audition process was to get on the show,” Powers explains.

He has his own skill, one that he hopes he can parlay into other opportunities within the industry — he has a degree in Japanese from the Universe of North Carolina at Chapel Hill. Powers says he’d love to go into videogame localization.

“Ideally I’d like to actually be in a career job in the industry where I’m actually utilizing my degree… that’s kind of a novel concept,” he jokes. “So whether that’s a localization in department in Japan for porting US games over there, or a localization department in America porting Japanese games, something like that probably would be idea for me,” he says, hopefully.

As for what he’ll be working on when he sits down at his desk on April 19, he won’t tell me… or he simply doesn’t know yet. But he says he’d love to work with PlayStation Move technology, impressed by what he saw in hands-on demos at Game Developers Conference and, more recently, PAX East. “It is incredibly accurate, more so than I originally thought it would be,” he says of Move.

While Sony hasn’t announced a second season run of The Tester, Powers is more than happy to give some advice to potential contestants — have fun. “Honestly, it’s an extended job interview, the whole show is. But it has the whole undertone of you have to entertain the audience. So if you’re having funw ith it, and you’re not overly stressed out about it, you’re going to perform better. So just relax and have fun. I treated the whole experience sort of like an extended vacation for myself, because the longer I’m out there, the longer I’m getting free food, lodging, and potentially winning the competition.”

“So treat it like a vacation,” he adds, “have a good time with it.”