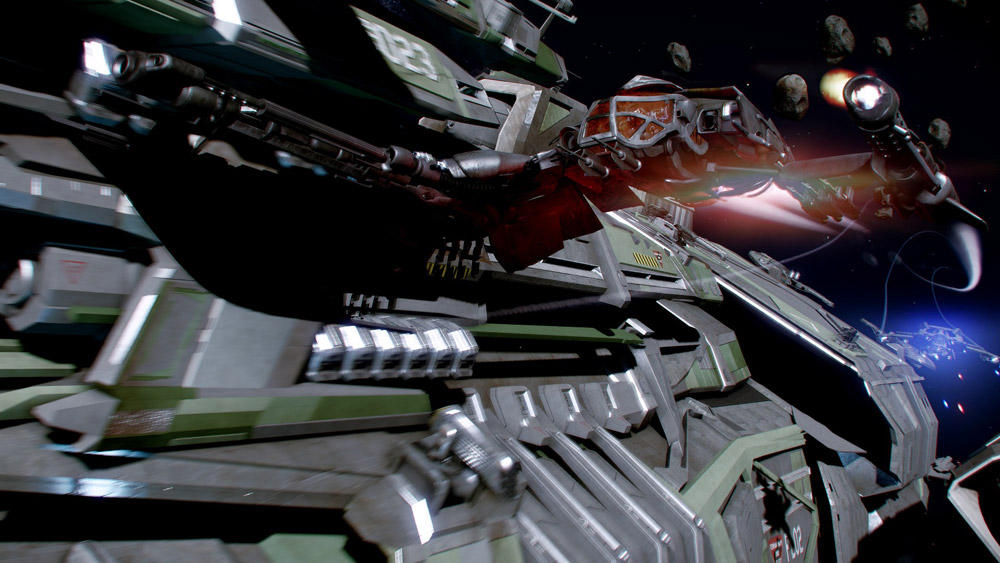 We knew that Wing Commander creator Chris Roberts was getting back into game development, although the specifics weren’t so clear until now. At GDC Online today in Austin, he revealed what the project is all about in less conceptual, trust-me-it’ll-be-good terms. The PC-only game, a space sim called Star Citizen, is a full year into production at Los Angeles-based studio Cloud Imperium Games. And it sounds incredibly promising.

As hinted at before, fans of Roberts’ prior work should be positively giddy. “In recent years,” he says, “game designers have stopped innovating and pushing the boundaries of what you can do in this genre. I plan on bringing that kind of development mentality back into PC gaming and space sims in particular.”

Continuing, Roberts believes that “There is a lot of noise out there regarding social and mobile games right now, and I think PC gamers are feeling a little left out of the mix. But the PC is still incredibly capable of presenting an experience that doesn’t take a back seat to any other platform out there, including consoles. With my game, I want PC gamers to stand up, be counted and get excited again about all the great experiences their computer can deliver.”

But what about specifics? I’ll kindly point you to this website containing an 11-minute video in which the designer details his grand vision for Star Citizen. Really, the footage shown there — in addition to Roberts own sincere words — do more than I ever could to get you pumped for this project. That’s also where crowdfunding is set up, since the actual site has been forced down due to overloaded servers.

Pledges range from $10 to show your support of space sims and PC gaming to a $10,000 option intended for Minecraft developer Notch and other people with money to burn. Most of us will probably settle on the $30 tier that comes with access to the alpha, beta, and eventually the finished version of Star Citizen. To be clear, this is neither a free-to-play title or subscription-based. There are, however, in-game credits that can be spent on ship customization and other items. You’ll see those offered as incentives in the pledges.

“It will likely be another two years before the full product is ready for release, but early backers will be able to play a version of the game a year from now,” according to Roberts.

“We are taking this approach to fund-raising for several reasons. For one, this route takes the traditional game publisher out of the mix and enables us to take the millions of dollars normally used by publishers for a triple-A title and plow them right back into developing the game. Secondly, using our own crowd funding mechanism allows us to reach out to our international fans, who have been devoted followers of my games in the past. Thirdly, going direct gets us much closer to our fans and allows us to focus more on the community side, create more updates for our fans and directly interact with them as we are making the game.”

There’s going to be a lot of hype to live up to, but I’m glad to see this happen even if it doesn’t fully match expectations years from now. I’m just glad to see this type of game get that kind of a budget. I didn’t think that was possible any more.