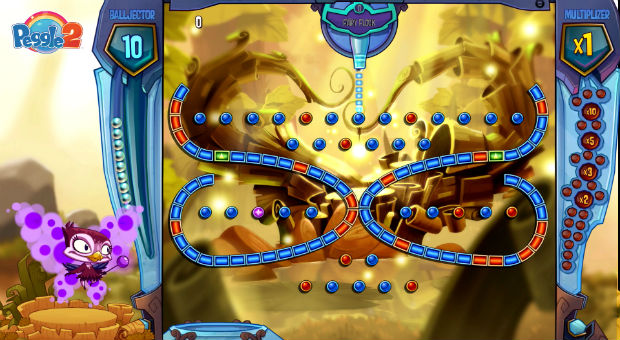 I’ve got a serious Peggle addiction, and I don’t think it can be cured. Not even with more cowbell. Peggle 2‘s about to get even more “masterly” with the addition of Windy the Fairy, the latest bit of DLC to hit the Xbox One. Windy looks more like a bird than a fairy, but I’ll go along with it.

Peggle 2 fans who play on Xbox 360 can expect a May 7 release in North America and Europe. You can expect me to relapse and go back to my old Peggle-playing ways. It’s been a while, and this is tempting.