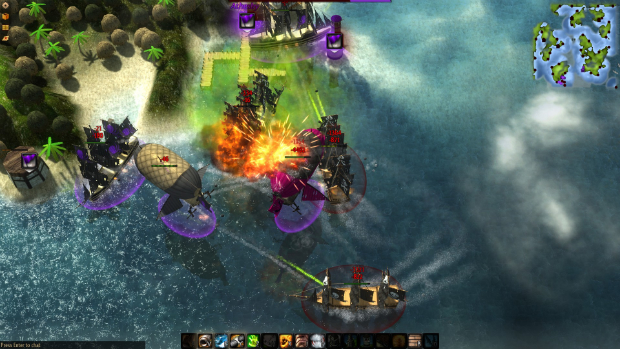 To a sailor, a ship represents freedom. It grants the ability to go anywhere and do anything. In Windward, players take on the role of a captain, dropped into a tropical archipelago sandbox. True to theme, there are many options for how to spend time as a captain.

The video above focuses largely on ship combat. It shows corvettes zipping around dreadnoughts, each trading fire with the other. At the end of the trailer, a more serene vista is shown. Indeed, Windward is designed to allow players to play peacefully, focusing on exploration, diplomacy, and merchantry instead of piracy and combat.

Windward is currently on Steam Early Access, with a planned release for the Q2 2015.