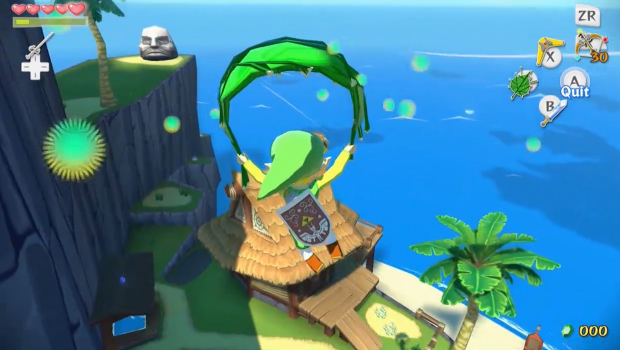 Nintendo’s upcoming HD remake of the once controversial Gamecube title The Legend of Zelda: The Wind Waker is getting some new features, most of which remain a mystery. It looks like you can sail a bit faster, which is nice, but what I’m really hoping for is the bomb dungeon that was cut from the original release. We’ll have to wait and see on that.

The one new feature that Nintendo was willing to tout is a new Tingle focused item called the “Tingle Bottle”. The gamepad can be used to create Miiverse posts. Put the post in the bottle, throw it in the ocean, and it will show up randomly in another person’s game. Bottle’s will show up in your game as well. You can stuff in-game screenshots in bottles too.

Not exactly steaming hot news, but pretty cool. For you first timers, is Wind Waker HD looking good to you? For you Wind Waker veterans, does this re-release look worth double dipping on?