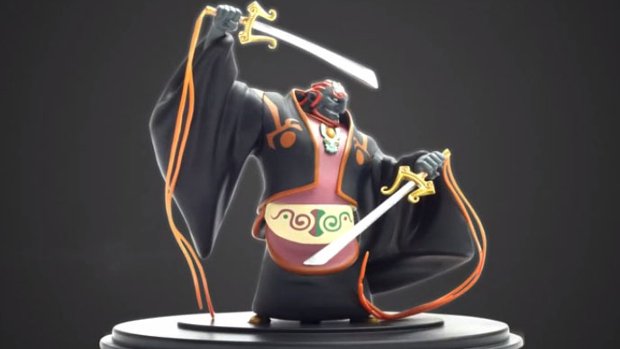 Does this limited edition Ganon-dwarf the recently announced console bundle?

Nintendo is producing a limited edition of The Wind Waker HD that comes with a cool-looking figure of baddie Ganondorf, Tomopop reports. As of now, the limited edition is only officiallt announced for European release, but GameStop has it listed for a mere $60, only $10 above the price of the game.

I’m always talking up my love for Wind Waker‘s Link, so I’m a bit disappointed that cute little scamp isn’t getting immortalized, but the Ganondorf statue looks alright. I was never terribly into collector’s editions, either, beyond the initial glint of novelty in seeing the cool things they come packed with. For those on my side, there are some more practical options.

You can download Wind Waker HD two weeks prior to the retail release date. Or, if you don’t have a Wii U, nab the Wind Waker HD bundle at the new price of $299. It comes with a download code for the game and Hyrule Historia. Anyone pulling the trigger on the cheaper Wii U bundle? Anyone hell bent on displaying Ganondorf on your mantle?