If you’ve scoured the underground sewers of the Android Marketplace lately, maybe you recall seeing the game Wind-up Knight floating around the list of Top Free Apps. In the month since its release on the Marketplace, the charmingly ambitious side-scrolling platformer has already garnered over a million downloads, and just yesterday made its grand debut on the App Store.

A success story from start to finish, Wind-up Knight is the first title developed by Robot Invader, an independent three-man studio comprised of Destructoid community members Casey Richardson and Chris Pruett and Art Director Mike Witt. With a truly unique style and some help from other big names in the indie community (Jordan Fehr, Super Meat Boy, The Binding of Isaac), Wind-up Knight has quickly skyrocketed to my list of favorite iOS games of 2011. Hit the jump to find out why! 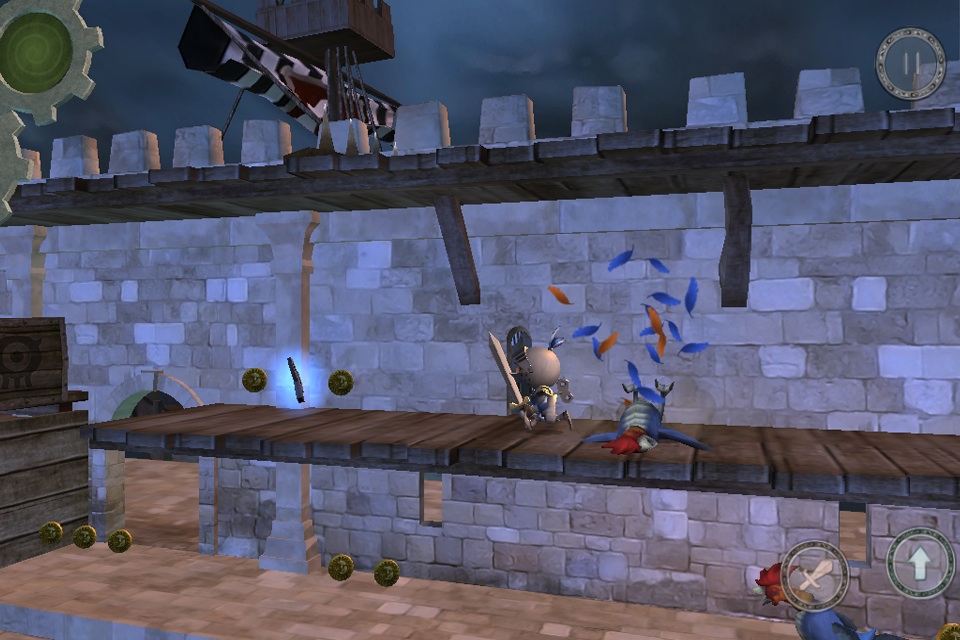 Wind-up Knight is, at its core, a relatively simple game. Think Bit.Trip Runner, but without the blind fury. That is not to say it isn’t difficult; it packs its fair share of frustrations, but they’re laid out in such a gradual progression that you never feel you’re being treated unfairly. Rather, you embrace it as you would an abusive ex-boyfriend – with hopeless despair and an inexplicable need to come back for more.
The story is light and what you might come to expect from a knight’s tale. The princess has been captured and our noble gallant must fight his way through treacherous and foreboding territory in order to save her. The game starts you off gradually, giving you nothing beyond the ability to jump at first. As you progress through the tutorial integrated within the first few levels, you’ll learn how to attack, roll, double jump, and shield yourself against outside threats like falling barrels, sword-wielding guards, and hungry wolves. Also, cocks. (No, seriously.) One hit from any of these threats will undoubtedly kill you and send you back to the beginning of the level, but any and all frustrations are mitigated by the fact that levels are often never more than a minute and a half in length.
Although the basic goal is survival, the game does provide challenges beyond its immediate objective. The developers really wanted to reward players who put a lot of time into the game, so they created several perks for the over-achievers. Every player is assigned a letter grade based on the number of coins and hidden cards collected in each level, but ‘extra credit’ is awarded if the player collects every coin. Performing well will also unlock special weapons and armor in the game’s store, all of which have the option to be purchased separately with cash. 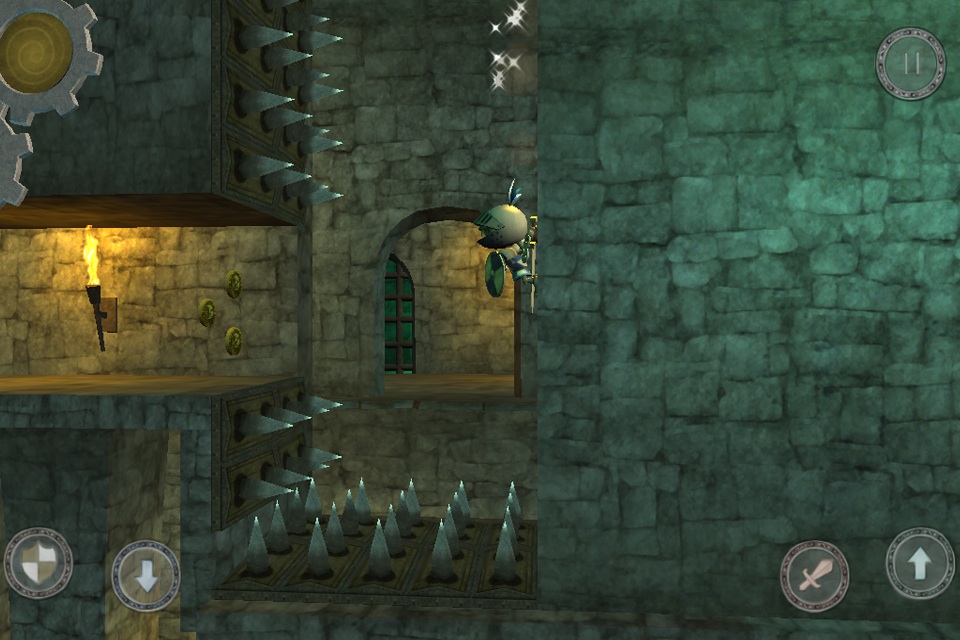 The game is divided into books, or worlds, each with twelve levels and a bonus Knightmare stage that can only be unlocked by getting straight A’s on every level. This provides a total of 52 levels from start to finish, supplemented with enough heart-pumping action and extra incentives to provide replay value far beyond the game’s initial price tag. There’s a handful of cute touches thrown in as well, like different “Princess tips” displayed during each loading screen. These demonstrate the effort that went into the game’s creation and ultimately help set it apart from other similar titles.

The popularity of the Android version has surely been bolstered by the fact that it’s free, but it comes with only the first book unlocked. The iOS version, on the other hand, costs 99 cents but comes with all four books unlocked from the get-go. It may not give you the option to try before you buy, but I personally feel it’s a better pricing structure and I’d be hard-pressed to find someone who doesn’t have a total blast playing this game. It’s fun, it’s addictive, and best of all, it was born from a true love of video games.