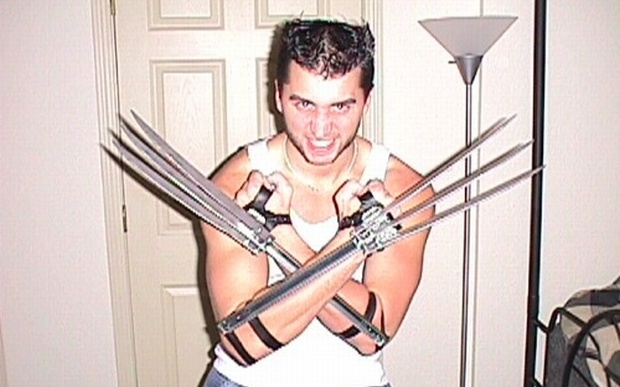 This week, X-Men Origins: Wolverine finally hits shelves (coming to just about platform imaginable), and I’ll bet that some of you have been waiting on it. I have to admit I’ve been interested in the title as well, ever since I read Jim’s preview on the title and realized something more than your average licensed game was in the works here.

GameStop is offering an exclusive edition of the game if you preorder with them, which offers four bonus rooms on the Weapon X arena that allow you to do everything from custom combat to brutal dismemberment. You could call them up and reserve one right now. Or, you could enter our Wolverine:Uncaged contest and have a shot at one of five free copies for the Xbox 360. Have I mentioned we have a $200 GameStop gift card to give away too? Man, Dtoid is a gold mine for free stuff today!

To enter, snap a photo of yourself doing your best Wolverine impression and stick it in the comments. The contest will run through May 4th and is open to all countries. The top winner will go home with the $200 GameStop giftcard and a copy of the exclusive GameStop presell edition with Weapon X Arena, and we’ll give away 4 extra copies to the four runner-ups as well. You also can enter as many times as you want. Hurry and submit some pictures so I can dig myself out of the mountain of swag we have here in the Dtoid office — I can’t walk away from my desk anymore. Help a girl out here!