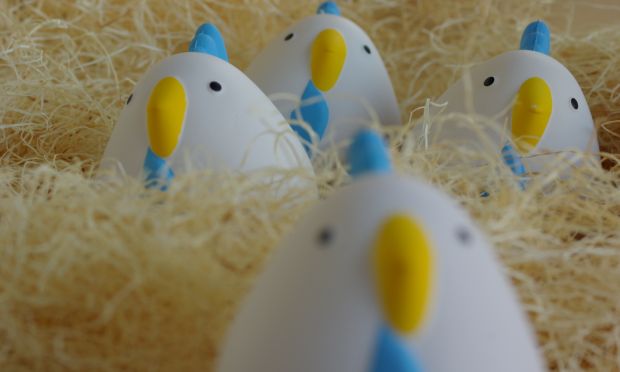 Castle Crashers is coming to the PlayStation Network on August 31, so we’re celebrating the upcoming release by giving away sweet prizes! We’ve teamed up with the awesome folks over at The Behemoth to giveaway awesome items based on how many entries this contest gets!

First, all you have to do to enter is leave a comment below telling us which Castle Crashers character (be it a playable hero, boss or enemy) or Animal Orb is your favorite. You will also have to change your Destructoid user avatar to your favorite character or Animal Orb. You need to do both in order to be able to enter for a chance to win one of these awesome Castle Crasher giveaway packs.

You can find pictures of all the characters and animals over on the official Castle Crashers Wiki, and here’s a quick link to your profile page in order to update your avatar. (Remember to resize the picture!) The prizes will all be based on how many entries this post gets. We’re starting off with 20 squeezy chickens. Once the contest gets over 500 entries, The Behemoth will throw in 15 various phone charms. If we hit over 1,000 entries, then we’ll be giving away five autographed King figures. That’s a total of $300 in prizes!

No limit to entry, but you have to space out your submissions so that at least five other people have entered before you can comment again. You have until August 30 at 11:59PM CDT, the day before Castle Crashers comes out, to leave an entry. We’ll be randomly selecting up to 40 people to give the prizes to if we hit over 1,000 entries. Contest is open to US, Mexico and Canadian residents only. Good luck!