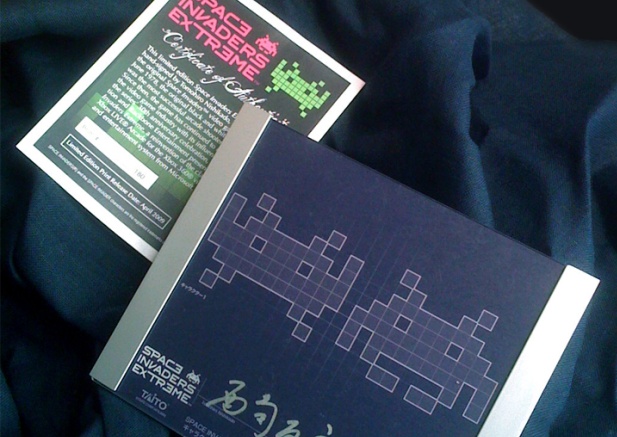 In my recent chat with Space Invaders Extreme‘s lead artist, I pretty much openly gushed about my excitement over both the original game and the version for 360 that he was working on. You can imagine how I reacted when I found out that Destructoid would be receiving a limited edition print hand signed by Space Invaders creator Tomohiro Nishikado as a giveaway prize for a contest. Um … do I have to give it away?

I kid, of course — I’m gonna give it away, along with two codes for the 360 version of the game, because I’m generous like that. To win one of these three prizes, show me a screenshot of your high score in your favorite Space Invaders game in the comments. To prove it’s yours, please hold up a piece of paper with Destructoid.com written on it in the picture.

There are plenty of Space Invaders games to choose from, and you have a week to work on it since the contest ends on May 11th. The top winner will take home the signed print, while two runners up will win digital copies of the game. We’ll ship the grand prize anywhere in the world. Do your best!