For you and a friend

Top players will come together on June 10 in Los Angeles to compete in the Super Smash Bros. Invitational. The event will be streamed online, but if you’re willing to wait in line, you’ll possibly be able to watch the tournament in-person at the Nokia Theatre. Or better yet: win the chance to play against one of the competitors and attend E3 2014 with a friend, expenses paid!

Full instructions for the Super Smash Bros. People’s Challenger Contest can be found here, but the gist is you’ll need to upload a video making the case for why you’re worthy of this prize package, live in the U.S. or Canada (excluding Quebec), and be at least 18 years old. There are mandatory hashtags involved, but you can use your own fun hashtags, too. #pooryoshi

I’m counting on one of you to win this contest, by the way. 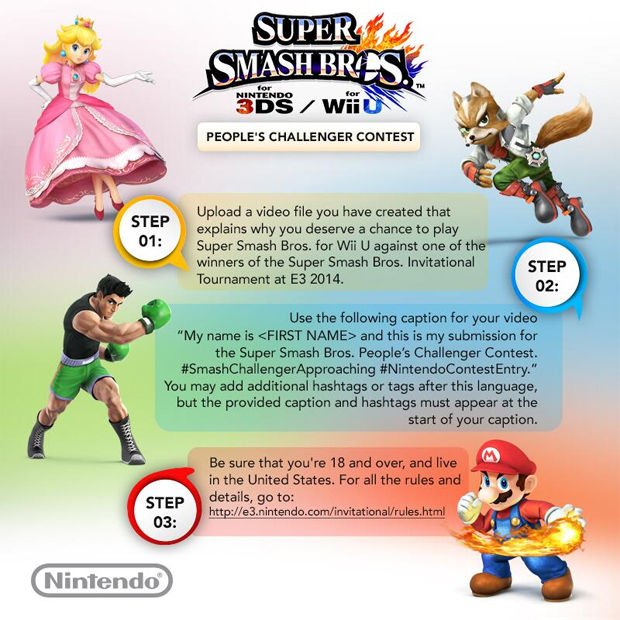