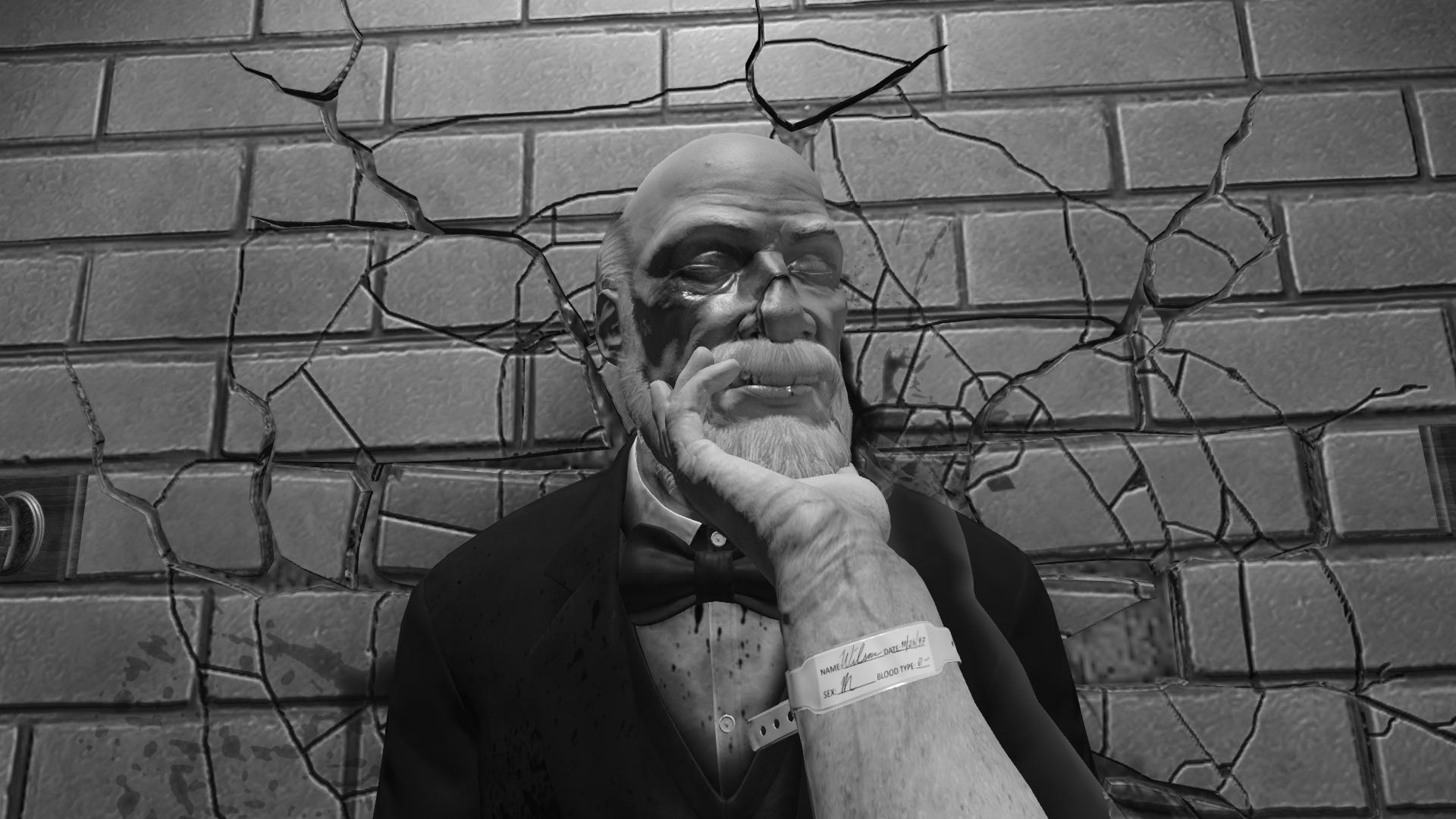 Seriously, where did this come from?

During one of my appointments at E3, I was ushered into a room at the Oculus booth to take a look at something called “Wilson’s Heart.” I didn’t know what type of game it would be, or who was making it, or anything, really — I just saw the name printed on a nondescript piece of paper above the door. That demo ended up being the best surprise of the show for me.

Wilson’s Heart is a first-person psychological thriller from Twisted Pixel, the studio behind an eclectic but mostly goofy group of games including ‘Splosion Man and Comic Jumper. It stars Peter Weller (RoboCop, Buckaroo Banzai) as a man with a stolen heart stranded in a spooky hospital.

Strapping on the not-yet-released Oculus Touch controllers, I worked my way from room to room in an early portion of the game, teleporting around to points of interest to physically interact with the world.

I smashed a lock with a hammer, flipped through a book, dialed a rotary phone, punched my way through a glass case to get a fire extinguisher, and played with a dead man’s head. All things that probably sound lame (aside from that last one; it was freaking great) but were actually a joy to experience. That’s the challenge of writing about virtual reality. Even the most mundane interactions can be stimulating (sometimes overly so!), and it’s hard to convey that in words or video.

The Touch controllers felt like such a natural extension of my hands and fingers that it’s tough to imagine Wilson’s Heart working without them. I mean, sure, it could — and it sounds like Twisted Pixel experimented with traditional gamepad controls at some point; this concept has been brewing for years and years — but the game would lose its magic. I’ve yet to see a better use of the Touch.

The most memorable bit had me looking in a mirror and tearing off electrodes plastered on my head. It was a freaky sensation. Another sequence involved hurriedly trying out a bunch of keys to find the one that could open a door before a murderous teddy bear reached me. I’m also proud to say the old jumping-rat trick didn’t get me, though that was surely E3 exhaustion, not nerves of steel.

Overall, I found the demo to be more scary-fun than horrifying or unnerving. I suspect that might change somewhat as the story progresses and I’m also not rushing in a loud convention center. There’s so much of Wilson’s Heart I didn’t have time to see — combat being the biggest question mark — but I am on board. If you have a Rift or are planning to get one (as well as Touch controllers), you’ll want to keep tabs on this. It’s due out sometime next year.