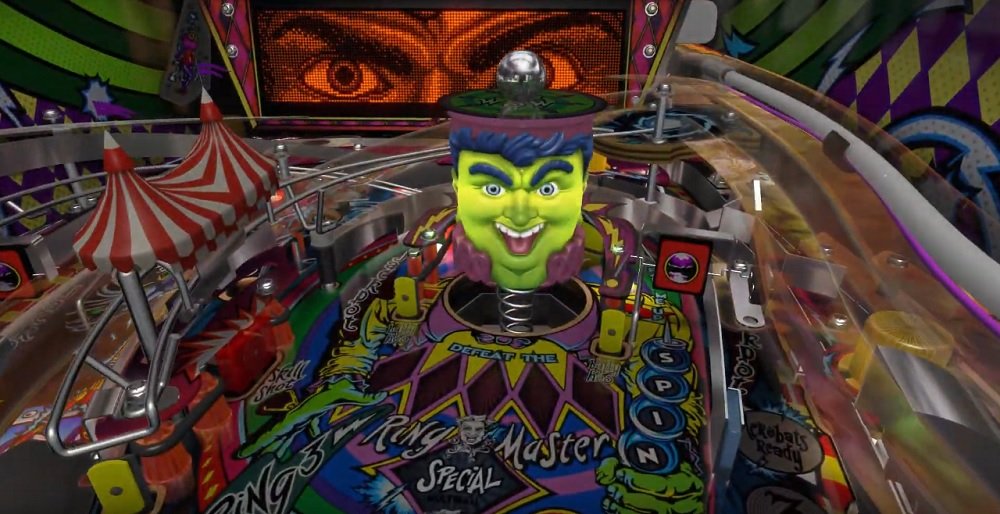 Thing on a Spring

Zen Studios has revealed three more classic Williams tables headed to the Pinball FX 3 platform. The Williams Pinball: Vol. 5 pack will include Cirqus Voltaire, No Good Gofers, and Tales of the Arabian Nights, and will launch on all platforms December 10.

Originally released back in 1996, Tales of the Arabian Nights is a lavish fantasy title based upon the One Thousand and One Nights fables. TOTAN’s many modes see players battle the Rocs, ride a magic carpet, and even sneak into a harem. The playfield itself features a spinning lamp and a giant Djinn, prepared for a final showdown. TOTAN was one of the games that got me back into pinball, as I was drawn in by its storytelling-style gameplay and lavish artwork.

No Good Gofers, which hit the arcades in 1997, is a more comedic table loosely based on Bill Murray’s destructive antics in the movie Caddyshack. Players take on two wisecracking pests, Bud and Buzz, while attempting to achieve a high score out on the links. NGG also features a multi-level playfield and a famously tough “Hole-in-One” shot, where the ball shoots off a ramp and takes to the air, before landing snugly in a hole on the upper playfield.

Finally Bally/Williams lit up the scene in 1997 with Cirqus Voltaire, one of the most eye-catching games ever designed. Set in a futuristic circus, charged by a fiendish ringmaster, Cirqus Voltaire used strips of neon lighting to give its playfield an intense glow of greens, pinks and purples. Players rack up points while competing in a series of traditional circus acts including acrobats, a juggler, and the tightrope.

As per usual, all three tables will be available to play in both traditional and “remastered” mode, which adds an array of special effects to each game, including 3D modeled characters, dynamic ball effects and animated action sequences. All three games are a lot of fun and very creative. In my humble opinion, of the Pinball FX Williams packs released so far, this is the most consistent in terms of quality.

Pinball FX 3 is available now on PS4, PC, Xbox One and Nintendo Switch.