David O. Russel’s had a lot of plans for the Uncharted movie, and those plans have already raised some eyebrows amongst fans of the series. Mr. Russel told Ain’t it Cool News that he does not want to make “a film that was a knockoff of a game that’s not going to be around,” but that he does want to make Uncharted “into a world that has a family dynamic in it akin to The Sopranos or akin to other worlds.”

He also adds that “See, people will take that, and they will misinterpret it, so I shouldn’t say that. There are all kinds of gamers out there…“ 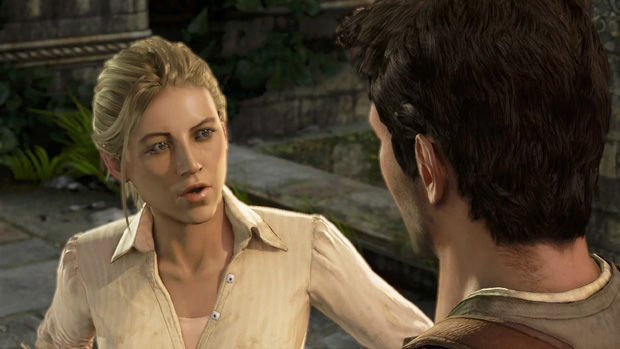 Oh wait, you already did clarify your statements!

According to this interview with Slashfilm, Mr. Russel stated that he has “played the game a bunch of times” and “also read as much as I could about the game and I met the game’s creator, Amy Hennig, who’s really cool.”

But he’s still going for the “family dynamics” angle because “To grow a game into a movie is an interesting proposition because a game is a very different experience than a movie. You guys are playing the game, and it’s about playing the game. It’s not about a narrative embracing you emotionally.” He also adds “there’s not a bunch of movies you can point to that are made from games that are amazing movies, that stand up to time as a franchise or as [individual films].”

Yeah, I’m still not getting that this guy really wants to make an Uncharted movie.

The biggest (of many) red flags here is that Mr. Russel clearly doesn’t really respect the Uncharted games as stories, or videogames as potentially moving narrative experiences. Saying that videogames are “not about a narrative embracing you emotionally” really speaks to how little he knows or cares about the medium. And who can blame him? He’s a film director. I don’t expect him to know about videogames. In fact, I’d more expect him to dislike, or even fear videogames, as videogames are slowly eclipsing film as the most popular form of entertainment in the Western world.

That said, if Mr. Russel were adapting a book, or even a television show, for the big screen, you can bet he’d have a very different attitude. Can you imagine if the team behind the Harry Potter movies publicly announced that they were planning on making the films more like The Sopranos? They’d never dream of doing that, for fear of turning off the source material’s fan base. I guess Mr. Russel isn’t as concerned about turning off Uncharted‘s millions of fans, or worse, maybe he doesn’t understand that Uncharted‘s fans truly love the characters and the world on Uncharted, just as much as any Harry Potter fan loves the Potter-verse.

I also find it really interesting that he makes a point to bash other movies based on videogames. He’s not entirely off base for saying that, but what I think he’s missing is that most game-to-movie adaptations are bad because they are not true to the source material. For instance, the Silent Hill movie did fairly well, with a sequel pending, and though die-hard fans were a little put off by it (particularly the depiction of Pyramid Head), it was more or less true to the source material. Compare that to something like Street Fighter: The Legend of Chun-Li, Double Dragon, or Alone in the Dark, and you see that the most embarrassing, clearly misguided game-to-movie adaptations are filled with “new ideas that stay true to the core content and spirit of the source material.”

Underlying all these surface level details is one question: do we even need an Uncharted movie? Isn’t the whole idea sort of redundant? The Uncharted games, particularly Uncharted 2, are basically movies, except with the player placed in the starring role. How could any “real” movie, especially one that’s coming from a director who isn’t much of a fan of the games, possibly live up to that?

When you have a director like David O. Russel, you can’t expect him to even try to live up to that, or any expectation for that matter. The director has made some amazing films, films that don’t quite fit into any one genre, or any conventional vision of what a film should be. The man is an auteur. That’s why I feel he isn’t the right choice for the Uncharted film.

He could go through the motions and create a faithful adaptation of the Uncharted games for the big screen. That would be sure to make him and the film’s studio a lot of money. If he did that, though, the Uncharted movie would be a “David O. Russel film in name only.” Likewise, if Mr. Russel does his thing and creates a movie that’s wholly original, then we’ve got an “Uncharted film in name only.” That would annoy Uncharted fans for sure, but if the film is great enough, it could still make Mr. Russel and the studio a lot of money. More importantly, it could be something that Mr. Russel could be proud of. 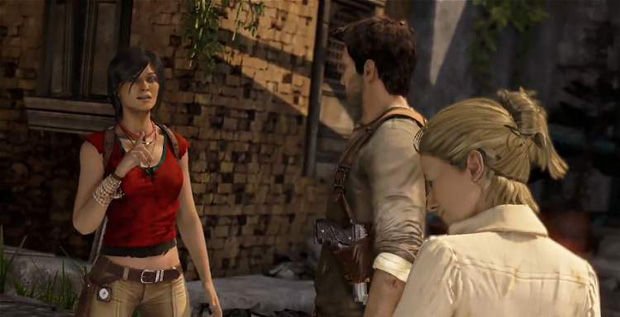