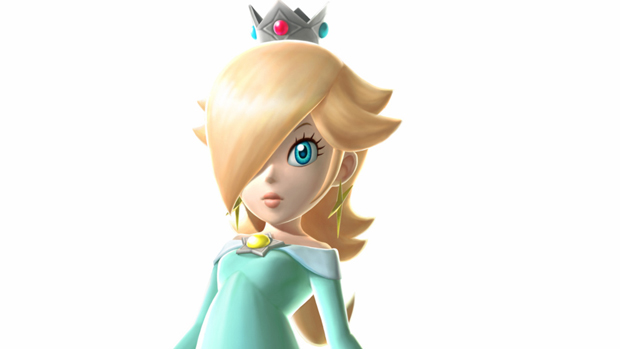 Nintendo’s gone all out with Super Mario 3D World promotion over the last week, but there may be something to the game that they’re still not telling you. Clever internet Matlocks have been combing over the videos of the game released so far, and they’re guessing the game may have an additional playable character.

The platformer has a series of collectible stamps that represent playable characters, all of which have a signature circle around a character portrait. One such stamp looks like it could belong to Rosalina, the princess in distress from Super Mario Galaxy. A few other stamps also look like they could belong to her, including one with some Lumina menacingly buzzing around someone’s face. Whether that means Rosalina is a playable character, or in the game at all, remains to be seen.

I wouldn’t be surprised if this were legit, though. Nintendo is on a kick lately when it comes to adding characters with different abilities in their platformers. That’s not something they were into for a while, but with the cast of Super Mario 3D World, Nabbit in New Super Luigi U, and Donkey, Diddy, Dixie, and a rumored 4th playable character in Donkey Kong Country: Tropical Freeze, it seems like they’re truly embracing the concept again. While I know a lot of you would rather Nintendo spend their resources on online options, I’d rather have them use their time and money on stuff like this. Online probably wont matter for a game like this in a few years, but additional content lasts forever.