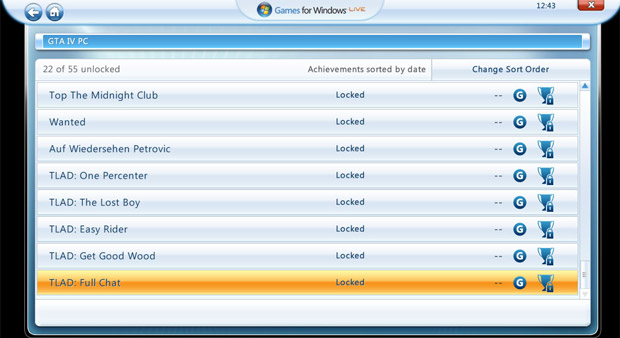 A new update (noticed by GTA4.Net) for Grand Theft Auto IV on PC all but confirms “The Lost and Damned” add-on will one day be heading beyond the Xbox 360’s exclusivity. The patch added Achievements for the first of, uh, two DLC packs for the game, as shown above.

This of course leads us to the logical conclusion that the add-ons are only timed exclusives for the Microsoft console. But that raises the question, does this mean PlayStation 3 owners will get their day too?

Considering how quite a few games that come out on Xbox 360 and PC are still, for whatever reason, labeled as 360-exclusive, such an idea might be pushing it.

More than anything else, I’m just disappointed that this wasn’t leaked by Tom Morello.