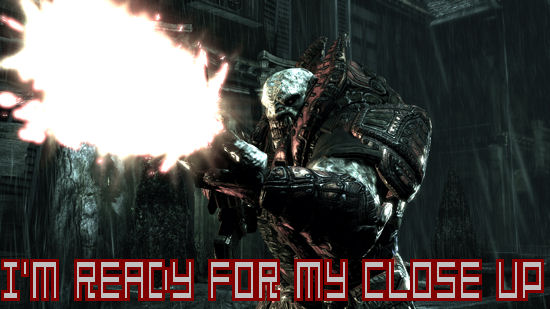 Stuart Beattie, the script writer working on the Gears of War movie adaptation has some ambitious hopes for his latest project. Beattie is planning to portray the backdrop of the planet Sera entirely in green screen, just like 300, as it’s the only way the movie can portray such a sense of scale.

“There’s no way to build that world any other way, really. That’s a huge world,” stated Beattie in an interview. “It’s a planet and it’s a bubble and it’s a building. It’s an epic sci-fi war and an enormous film.” Ironic that Gears should have a sense of scale, as the game is known for being set in quite restrictive corridors.

Cliffy B will be on hand as executive producer and Beattie is said to be working very closely with Epic Games. Of the developer, Beattie said that Epic has “lived with this game more than I have and they definitely know these characters, this world and all that kind of stuff.“

“I think the things that they need to develop their games are the same things that I need to write my script. That’s just a treasure trove waiting to be mined as far as I’m concerned.”

While Stuart Beattie appears optimistic, we cynical gamers know better when it comes to videogame movies. Are any of us holding out hope for the film, with the mindset that a big dumb action game involving growling monsters really isn’t hard to adapt, or can Hollywood stuff even that up?