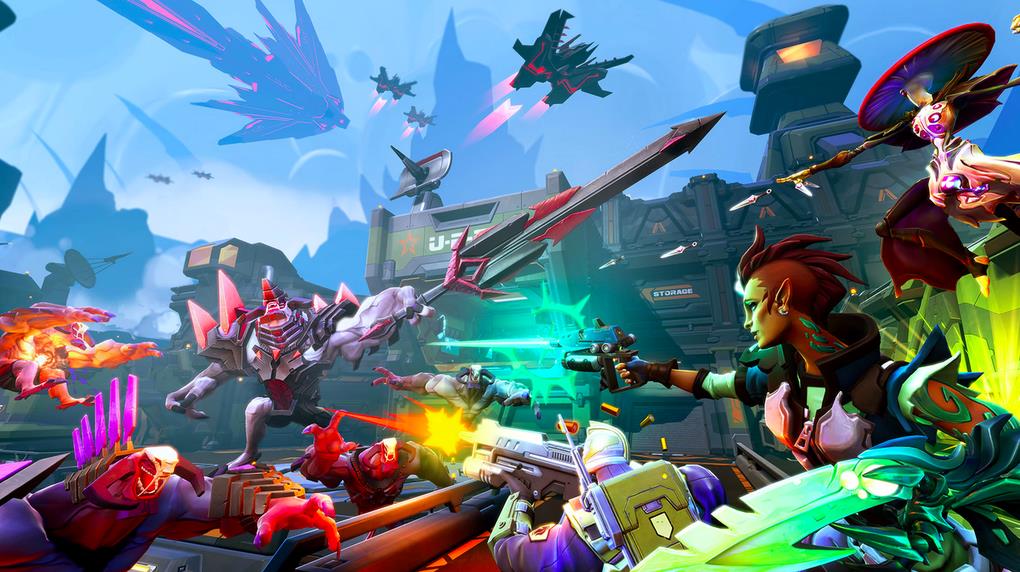 This and other thoughts about the beta

At the beginning of 2016, I listed Battleborn as one of my most anticipated titles (as well as Fable Legends, RIP) and after playing the open beta I can easily say it still is. 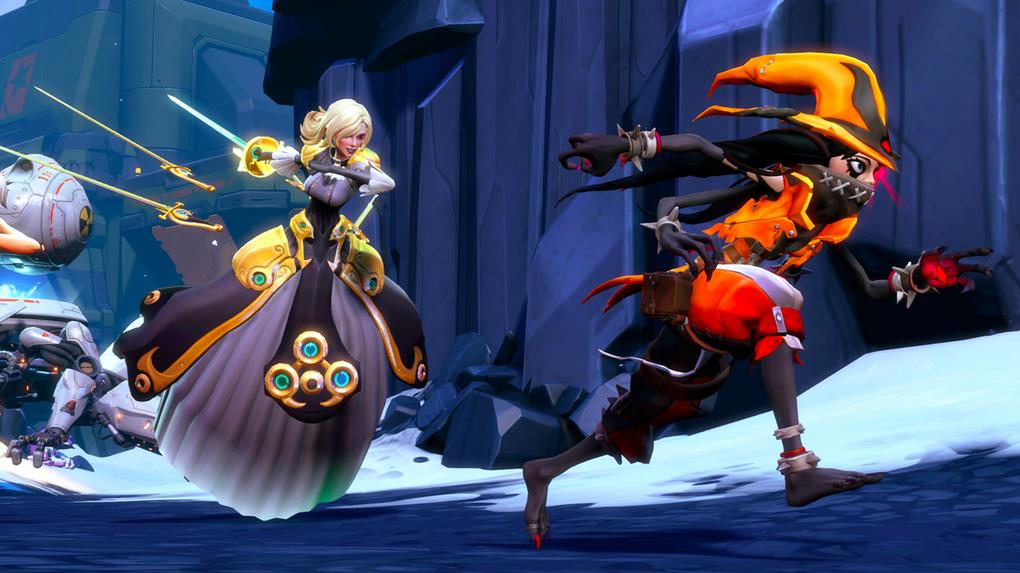 The story mode takes place across eight different episodes, with the two in the beta each lasting around 45 minutes at the most. Each episode is a confined story told through radio conversations between your teammates and the enemy. Giving the player various tasks to complete and bosses to take down, they feel like miniature campaigns. Whether or not they are eventually tied together to form some greater narrative is yet to be seen, but I’m hoping that’s the case. Up to five players can play together, with the amount of enemies and boss health scaling accordingly to keep things fun and fair. The story mode can be played solo as well, though bosses feel like a bit of a grind when playing solo depending on the character you play. If you liked fighting bosses in Borderlands or Destiny, you’ll probably have a good time here.

There are 25 characters available with 8 available from the start. Each character has unique passive abilities, standard and secondary attacks, and three abilities. Of the 10 or so characters I’ve unlocked, I’ve yet to find one that doesn’t offer a unique playstyle whether that be traditional FPS or something a bit more magical. Like many other MOBAs, each hero feels built only to support one or two different roles. Some characters are clearly meant to be a tank soaking up damage while others mostly heal and support. That doesn’t mean they feel ripped from other games, as none of them made me say “Oh, this character is like this other guy from League of Legends.”

The characters are hands down the number one reason I’m in love with Battleborn, as odd as that may sound. The cast is diverse, with elves, robots, a mushroom woman, white people, black people, and plenty of strong women of different shapes and sizes, none of whom are in danger of their tits falling out. I shouldn’t have to praise a game for not treating women like sex objects just there to ogle, but when so many games do it, it is refreshing to see Battleborn do it right.

Characters’ personalities are shown through taunts and a whole lot of voice-acting, with each reacting to everything going on around them. While this ends up making the cast ‘chatty Cathys,’ I never found it annoying due to the sheer variety of phrases. I’m not sure I heard a single phrase repeated during a match.

Not only is the voice acting phenomenal, but the writing is on point. I often found myself laughing out loud at witty lines of dialogue from both my character and the transmissions in story mode. 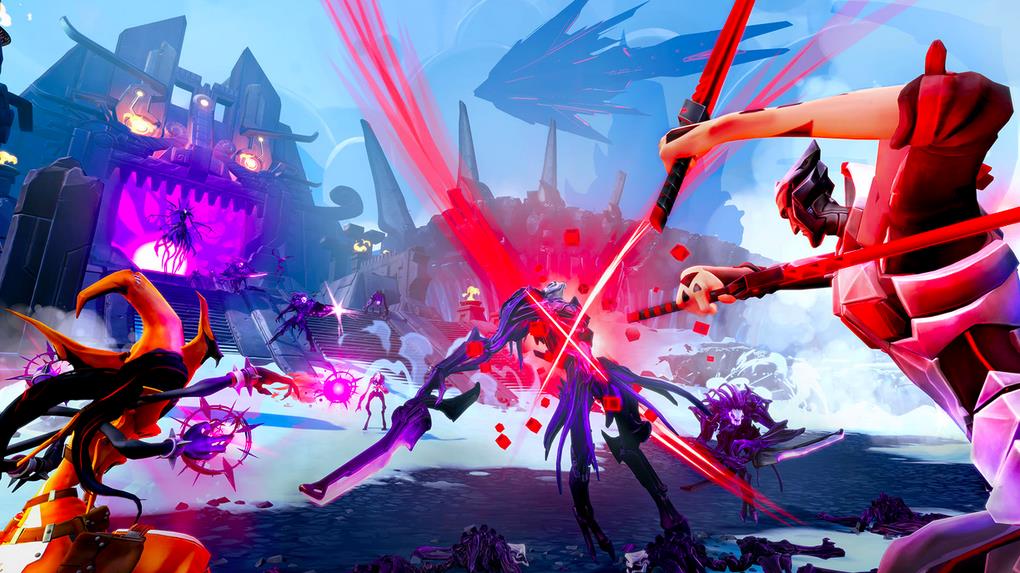 Strangely, background lore is locked behind challenges unique to each character. These challenges are quite difficult, so if you want to know anything about the cool character you’re playing as, you better be ready to ‘get good.’ Lore is just one of the many unlockables in the game. Heroes are unlocked via leveling your commander rank (overall rank), or by completing certain objectives. Taunts and skins — which currently are just palette swaps — are unlocked by leveling characters individually, though they are also found in loot packs. Loot packs are earned for completing various tasks in the game, or are purchased with in-game currency earned by completing episodes, or matches. Currently, there are no microtransactions, but any game that uses the word MOBA and has in-game currency is ripe for them.

If you hate MOBAs, you probably won’t love the multiplayer — or at least the two modes available in the beta. Incursion has teams of five attacking an enemy base with minions and attempting to take down spider-like tanks to win the match; while Meltdown has teams pushing waves of minions into specific zones until they reach 500 points. Each plays like a different mode found in the traditional MOBA genre with Meltdown being the typical ‘push phase’ and Incursion being closer to the end game of destroying the enemy base. Because of that, both felt familiar, while still feeling fresh thanks to the unique characters.

I had a good time with Battleborn, even though I ordinarily don’t enjoy MOBAs. The speed feels faster than any game in the genre, and the competitiveness felt like something closer to Halo or Counter-Strike, than a game of ‘who can do math best.’ There is no item shop in the game or manual leveling of attacks, instead upon gaining a level you’re presented with the option of two pre-determined buffs. That means every time you hit level two with your favorite character you’ll be offered the same two buffs in every match. 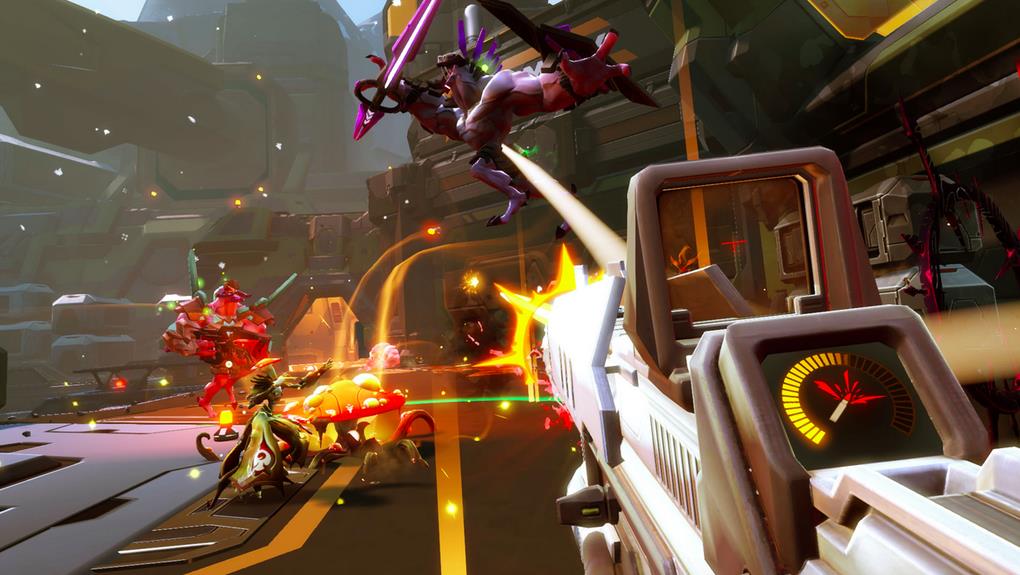 The only major issue with Battleborn is it already has somewhat of a reputation of being a game made to cash in on the already-saturated MOBA genre. While that might be the case, it’s unique enough that I think people should give it a chance. I can’t shake the feeling that it’s the next Shadowrun (Xbox 360) — a fantastic multiplayer game that people passed up because of word association.

Since the beta was openly available, I took it upon myself to sample the game across all three platforms. The PC version has various frame rate settings (30, 60, 120 and unlocked), while the PlayStation 4 and Xbox One ports are locked to 30fps. On top of that, the console versions look graphically inferior to the point they might be able to pass for last generation games.

The Xbox One version had a few minor frame rate drops when the action got intense, as did the PC version; I didn’t test the PS4 version aside from confirming the frame rate. Dropping frames when locked to an already low 30fps is unacceptable. Because frame rate is less about graphics and more about the feel of the gameplay, the console versions just can’t stack up to the PC version in this regard and they suffer greatly for it.

I rarely play first-person shooters on PC because I prefer to use a controller, but this is one case where it is a must. Lucky for me, the PC version supports gamepads and has auto-aim sensitivity settings that try to level the playing field against mouse and keyboard players, so if you have access to a decent PC and plan on buying the game, you’re doing yourself a disservice by buying one of the console versions.

Suffice to say, I enjoyed the Battleborn beta a bunch and will certainly be giving the full version a play when it hits store shelves next month on May 3.

to praise a game for not treating women like sex objects to ogle, but when so many others do it is refreshing to see one try to do it right.