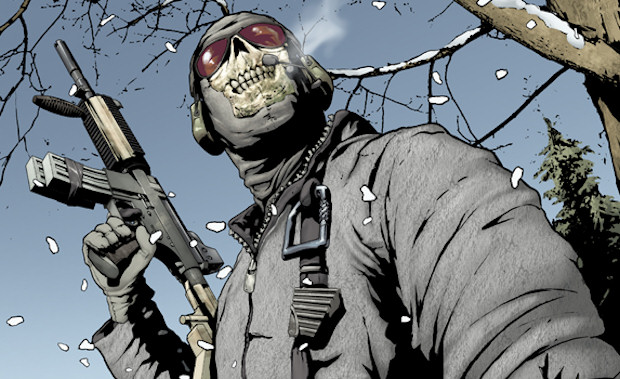 Videogames and comics have had a healthy relationship for many years, but it seems lately that every new release wants a slice of ink-flavored action. The latest game to jump aboard the comic book train is Infinity Ward’s Modern Warfare 2, having gotten into bed with Wildstorm to produce a mini-series based on the Call of Duty sequel.

David Lapham will be taking on writing/illustrating duties for the six-part miniseries titled Modern Warfare 2: Ghost. Infinity Ward community manager Robert Bowling revealed a piece of Lapham’s artwork on his Twitter, and all units were impressed.

“I’ve been working closely with the guys for several months now and trust me, it’s hardcore,” states Bowling.

Check out the pic in the gallery, and do please tell us: Will you be wanting to throw down some dubloons for a Modern Warfare comic? I heard it’s pretty hardcore.

Filed under... #Call of Duty#Comics#Infinity Ward