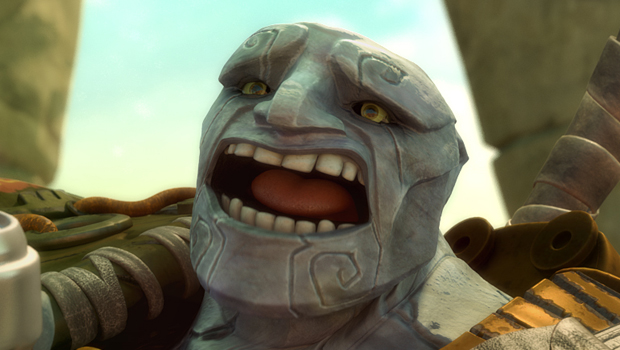 Arcterra, a snowy zone with a bad name

Carbine Studios is gearing up to release WildStar’s first major update since it went free-to-play last year. According to Polygon, the update will launch at some point in the next couple of months, and brings with it a whole new oh-so-creatively named snowy zone called Arcterra.

Arcterra includes a new boss mechanic which sees the intensity of bosses ramp up as you defeat them. Take down a two-man boss fight and you’ll be treated to a five-man fight, and then a 20-man fight, and so on and so forth. Beating these bosses will then open up rewards for your faction, such as special instanced dungeons and the chance to get some neat loot.

The update will also bring new equipment upgrading mechanics, progression of the game’s storyline, and new raids. It’s essentially an entire expansion released as a free update, which is pretty cool.

WildStar will also finally be hitting the Steam store this spring. Hopefully this can drag a few Steam purists into the game, as God knows having to faff about with external downloaders and launchers can be a pain.

I’ve been planning on getting into WildStar ever since it went free-to-play. Maybe this update and the Steam release is the kick up the arse I needed to give it a try.

Wildstar headed to Steam along with first major update of 2016