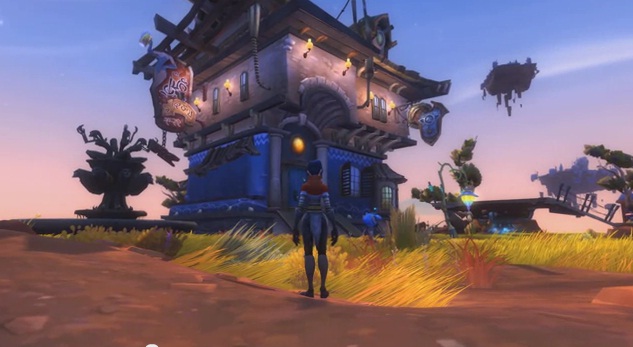 Player housing is a hot-button issue in MMOs today. Although a handful of MMOs like Ultima Online have allowed players to place housing in the game world, most technical limitations have forced developers to instance housing.

Even with those limitations however, a lot of MMOs don’t even provide this mechanic at all, and if they do, sometimes it’s not very customizable, or boring (The Old Republic). WildStar developer Carbine Studios seeks to compromise the two ideologies with instanced houses that are customizable and fun to play in. They’re giving you a pretty huge plot to build your house and tons of options, inside and outside, to change it.

You’ll also get extra rested experience for staying in your house when you logout, the ability to invite others to see your domicile, and the option to teleport to your plot anytime. Pretty cool stuff, and a decent step forward for MMO housing fans.