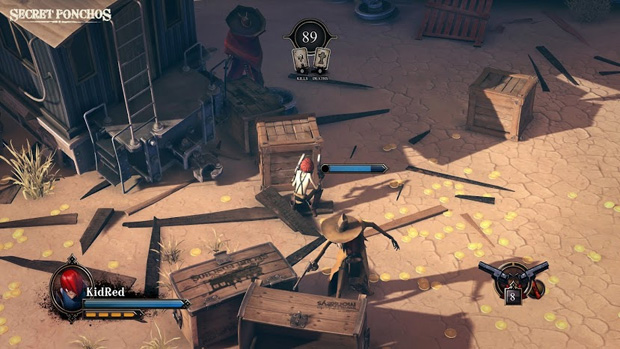 I do so love that name

Switchblade Monkeys’ Secret Ponchos is no longer only coming to PlayStation 4 — the spaghetti western multiplayer game is also on track for a PC release this year.

You knew this was coming but, yes, the title will launch first on Steam Early Access. That initial release is happening this summer and the studio says the beta period will fuel development on PC and let it carry “additional balance and polish” into the PS4 version of Secret Ponchos as well.

I’ve played this before and found it to be pretty fun in the several minutes I spent with the game. It remains to be seen how much longevity a title like this will have but I’m keeping watch. Secret Ponchos will be playable at PAX East this weekend, by the way. Look for it in the Indie Megabooth.