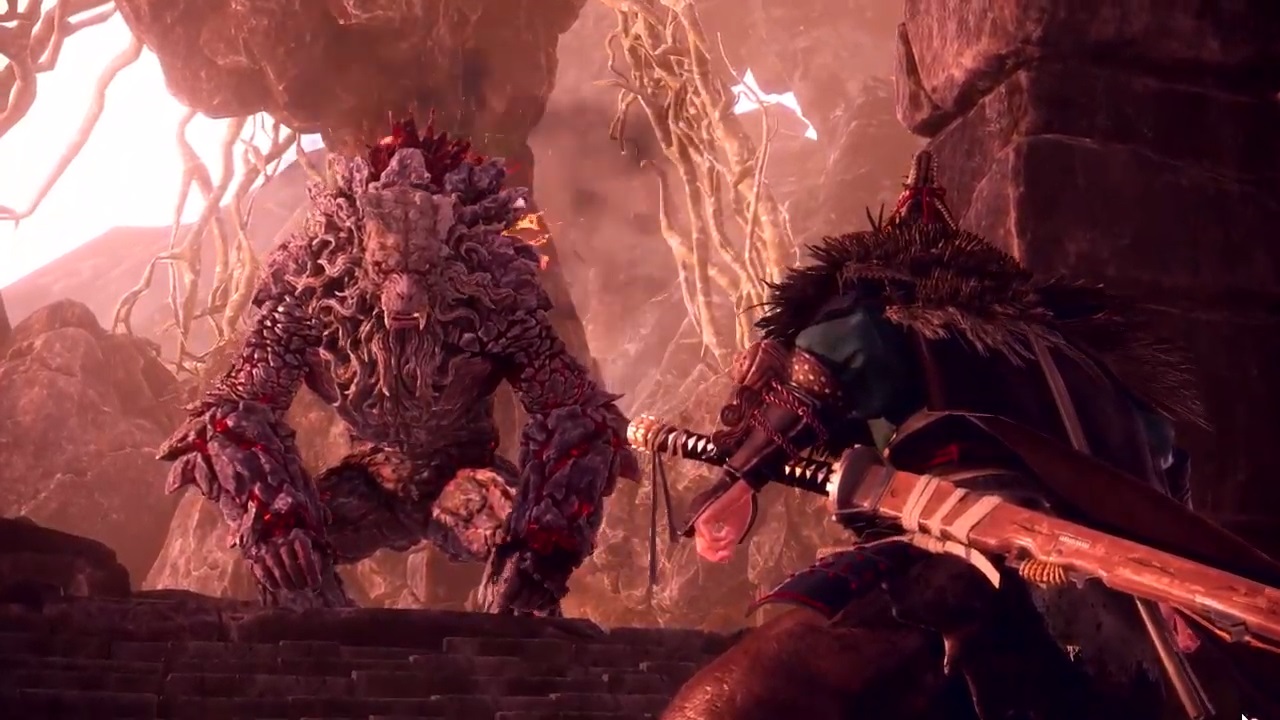 Just a few weeks ago we learned that Wild Hearts was now in the mix: an action game from the minds over at Omega Force and…Electronic Arts? Hunting games are rising in popularity even more so thanks to the success of Monster Hunter World and Rise, and now more companies are getting back into the genre that once flourished on platforms like the PSP. Thanks to its debut trailer, we now have a better idea of what to actually expect.

Described as “the land of the beast,” the game’s world (Azuma) seems to be fairly varied, with several different biomes. We see that the area is “fraught with danger,” as the player character fights giant monsters (Kemono, which were once peaceful) with unconventional weapons like umbrellas and wooden helicopter tools; in addition to more traditional kits like katanas.

Building traps and structures seems to be a big part of the gameplay in Wild Hearts. Multiplayer capabilities are in too (to add “up to two friends” with cross-play), and the building mechanic lends itself well to multiple people creating things in tandem and working together. When I said “giant monsters” earlier I meant it too, as the footage shows off some huge ones, almost Shadow of the Colossus style. Based on the style and the building concept, I’m intrigued! It doesn’t look like a Monster Hunter clone to me.

After the stream we were sent a brief explainer from Yosuke Hayashi, executive VP of Koei Tecmo, on the philosophy behind the game: “Wild Hearts opens up a vibrant fantasy world to players that’s as untamed as it is beautiful. With Wild Heart, not only did we want to showcase the evolution, infusion and real threat caused by Kemono, but we also wanted to create a game where crafting was at the core of the experience, redefining what can be possible in a beast hunting game. We have placed great care in designing our Karakuri to fit within the combat, and we’re excited for players to use these powerful mechanisms to fight giant beasts and traverse the world.”

More info on Wild Hearts is coming on October 5

Wild Hearts is out on February 17, 2023 on current-generation consoles and PC (Steam and Epic Games Store are both planned for launch, as well as Origin) for $69.99 (yep, we’re at that era now). English, Japanese, French, Italian, German and Spanish voiceovers are confirmed.

Surely we’ll learn more before then (potentially on the official site) beyond this two-and-a-half-minute debut trailer. EA is already teasing another October 5 “extended gameplay reveal.”