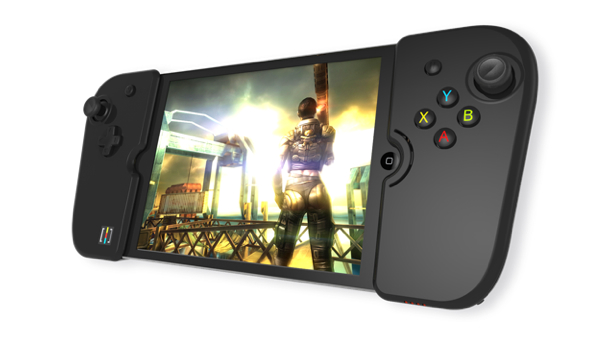 Remember the Wikipad? No? Well, you maybe you will remember this news story 10 minutes after you read it. No? Well, here goes anyway.

The same company is crafting something called the Gamevice, and it fits around an iPad Air or iPad Mini and apes an Xbox controller. Like all MFi controllers it’ll support most modern games released on the App Store, including hundreds of titles that have been retro-fitted with the functionality.