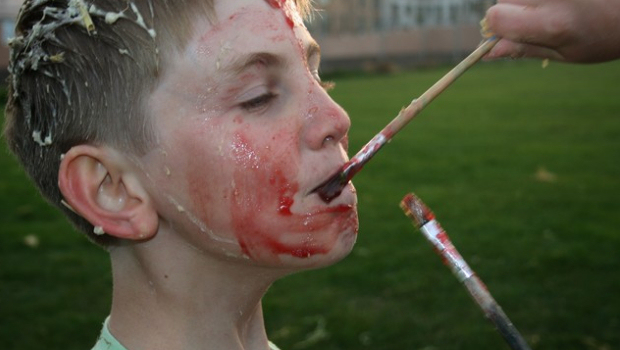 NeoGAF member Trike managed to accidentally “hack” Miiverse yesterday while dicking around with his Wii U GamePad, stumbling onto a weird little debug menu and temporarily going drunk with power before losing his golden touch.

“I can even access something with the name ‘prototype’ that seems to be the actual prototype Miiverse in Japanese,” he wrote. “Apparently John Lennon is still alive and is posting on the Japanese Miiverse. Most buttons that I tried don’t work (Acid_Test?) so I thought, hey, maybe GAF could have fun with this or translate it. That is when I found the admin list.

“At first it asked me to sign in, because my login information didn’t match. Then I pressed a button and it sent me to a list of admins anyway. They had buttons in the same row as the names, and I could ‘regenerate password’ or ‘Delete Admin’ or something along those lines. I didn’t do it it because I didn’t want to risk getting my god damn Wii U banned on day 1.”

As he dug around, Trike discovered some test forums, including listings for a number of unannounced Wii U releases — including Resident Evil 6, Dragon Quest 10, Metal Gear Solid, and Final Fantasy 3. Most interesting is a game listed as Yoshi’s Land Wii U.

Nintendo has addressed the issue and suggested that, despite appearances, anybody who found the admin list and prototype areas would not have been able to do much with it. The exploit enabling users to access it has also been fixed.

“It has come to our attention that some people were able to access a mock up menu on Miiverse following the launch of Wii U in the US,” the publisher told GamesIndustry. “Please note that this was only a mock up menu and has now been removed and is not accessible.”

Still, it was exciting while it lasted.

The games listed could, of course, mean nothing. Mock menus are not confirmations, and companies often contrive names just to fill in the blanks. Still, if some big Yoshi game is announced in the future, let’s all just agree now to act really surprised so we don’t hurt Shigeru Miyamoto’s feelings.

Oh, and for the folks whose first response was to advise those with access to delete my account … predictable suggestion, and a waste of a good comment. I’m disappointed in you.