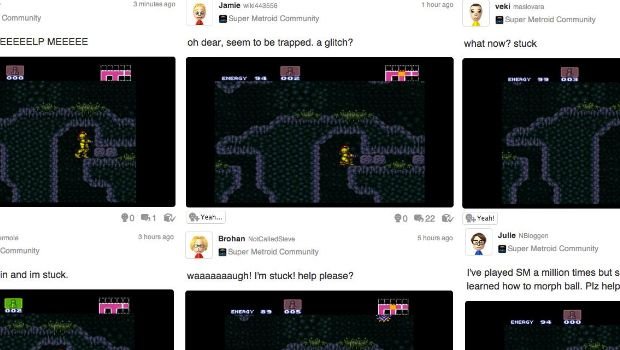 If you’re a jaded hardcore gamer, and if you’ve ever complained that the new generation of “dumbed down” console gamers are the bane of life, prepare to feel justified. The arrival of Super Metroid on Wii U demonstrates the depths of mental degradation humanity’s suffered since you were a child.

The Super Metroid Miiverse community is currently littered with people asking why Samus can’t crawl through a small gap. They’ve all taken screenshots, they’re all stuck at the same place, and they all seem fully unaware of how to play Super Metroid.

Some of them think this is a glitch. It’s quite possible they all think this game was released for the first time yesterday … just imagine that. Imagine it long and hard.

You hate it, don’t you? But also, you love the sense of superiority. You are at once disgusted with the simple-minded idiocy on display, and thrilled that you’re better at videogames than these people. You’re furious Call of Duty literally murdered the brain cells of these goons, and yet you feel so validated by what you see as proof of everything you believe.

Today is your best and worst moment. Enjoy it. Loathe it.