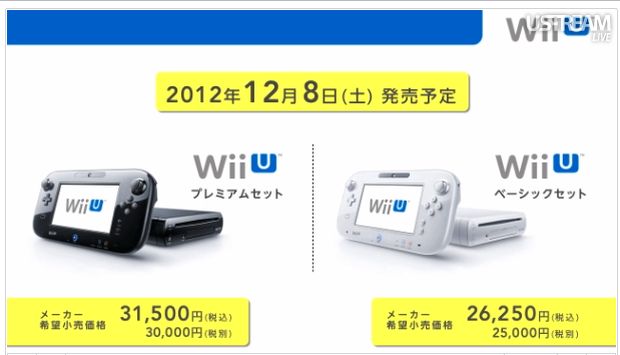 After more than a year of waiting, Nintendo has finally announced that the Wii U will be coming out on December 8, 2012 in Japan.

Additionally, the premium bundle will include the Wii U, Wii U GamePad, AC units for each, an HDMI cable, membership into the “Nintendo Network Premium” service, and stands for the system and GamePad. The Nintendo Network Premium service Japanese buyers will be getting will be a two year service, and will give benefits towards Nintendo products, such as 10% off digital purchases.

Nintendo is planning multiple announcements today in regards to the Wii U, and US and European readers can expect to find out the price and date in their region starting later today at 7AM Pacific time. And it’s important to note that these US converted prices don’t necessarily represent what it will cost in the States. How much do you think the Wii U will cost? 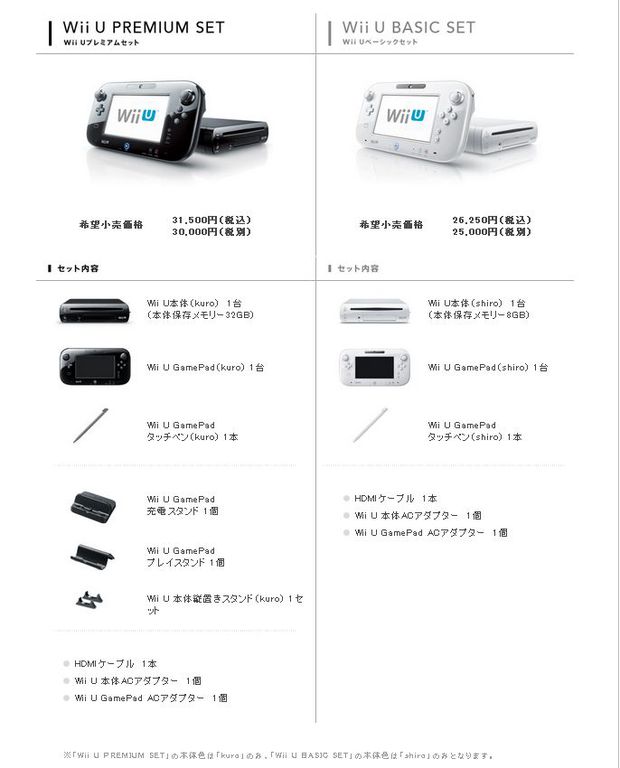