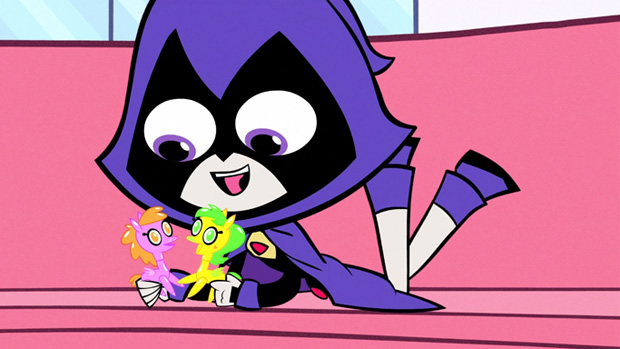 Even though Nintendo has taken enormous measures to welcome indie developers onto the Wii U, and despite a cavalcade of promising indie titles set to arrive on the eShop in the near future, Wii U’s digital service is not that hot of a conversation topic around the web. It makes sense — the console itself is not selling well, thus it’s not at the forefront of people’s minds. But what do the indies themselves think? Are they happy with the Wii U thus far? What do they think needs to be done?

Gamasutra recently got in touch with 20 different eShop devs in order to pick their brains about the state of Wii U. In contrast with what the big-time studios are saying, these guys are much more willing to give Nintendo the benefit of the doubt. They understand that the Wii U is only now starting to receive a solid stable of first-party software that could boost hardware sales, but even with the low ownership numbers, they are confident that their Wii U efforts will make them money. Some want to see how their initial contributions will perform before pledging further support, but they are nonetheless pleased with how much direct assistance Nintendo has provided.

There are legitimate concerns, but the overall consensus is a positive one. I’ve pulled a few choice responses and posted them below; please visit Gamasutra to read the rest.

On making a game for a limited audience

We developed Forced in Unity, which makes the porting much easier. And since Wii U has the Pro Controller with dual sticks we might be looking at a porting period of two to three weeks. If that’s the case, it is basically viable business for us if we sell 5000-plus units.

The main reason for going to the Wii U eShop is that we want to learn what the sales really are on this platform. Unfortunately, none of the digital download majors (Steam, PSN, XBLA, eShop) are providing sales data to developers, or anyone else. That is like flying an X-Wing through the Death Star’s corridors without The Force. So, we have to find out ourselves.

So far we have an idea what it means to be top five on Steam, PSN, XBLA. Let’s see what it means for eShop. For our next game, we will make our decisions based on the lessons we learned. And there are some hard lessons we’ve learned.

Concern for the console’s low sales

We definitely are. The sales figures right now are eye watering and it doesn’t prompt developing for Wii U. At the same time, there are still not too many digital games for Wii U out there for the not-too-big-but-still-existing group of owners — so there might be an opportunity to sell good games to a bigger fraction of the user base. Our most important metric is not hardware sales, but sales on the digital store — something we really have much too little information about outside of asking fellow developers about their figures.

No. I am a firm believer in the importance of good games and that it only takes one game to start a platform’s ascent — a Halo, a Monster Hunter, a Brain Age or a Wii Sports — and Nintendo has a knack for finding such titles.

Not only that but sharing a platform with creative games like The Wonderful 101, Bayonetta 2, and Super Mario 3D World means we are definitely going for the right audience. This system is building a great library of games for gaming enthusiasts, and by the middle of next year I believe Wii U will have comprehensively proved its worth.

What Nintendo can do to increase software sales

As for increasing sales, the eShop and the entire Wii U’s user interface is pretty bad and discourages use in many ways. There are way too many unnecessary steps in everything you want to do, be it buy a game or post on the Miiverse. And between each step, the loading times are just horrible. For me, this is the biggest disappointment really. I was hoping for something fresher. Sony is going for “immediacy” with the PlayStation 4, and Nintendo should really follow suit there. Nintendo doesn’t seem to realize that it’s much more important that these things are just right.

Our experience working with Nintendo has been fantastic so far, [but] more so than giving more support to us, I think they should focus on explaining to the world what the Wii U is.

There still seems to be a lot of uncertainty and confusion among consumers as to what the Wii U is and why they would want one. How does the Wii U differ from a Wii, and why should they upgrade?

On recommending other devs to work on Wii U

Yes, without a doubt. The time has never been more perfect for getting games on as many platforms as possible. There has also never been a time when indie developers have been so welcome on the major consoles in this way. It would be a crime to pass up that opportunity.

The way to minimize the risk to a development team is to be smart in the building of your game. If you are creating a bespoke engine, then maybe not. But using Unity, which is available for everything now, is just a smart move, and it means that I can release So Hungry on Wii U, Vita, PS3, PS4 Xbox One, PC, Mac, Linux, iPhone and iPad, and porting for each of those is not going to be a lengthy and expensive process — so why not?

Yes. And if you use Unity: Absolutely.

Is Wii U’s eShop right for your game? Indies sound off [Gamasutra]