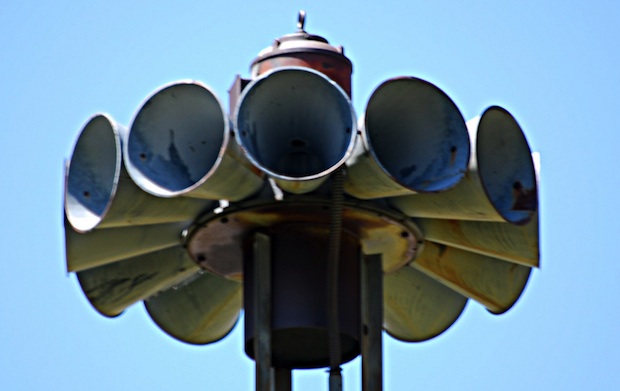 Check out this air horn-sounding hard Wii U lock-up video. Nintendoland is closed for business, it seems!  Reader Mike May said it sounded like “a horn for world war III or a tornado siren.”

I looped the video in my office at full volume to see how long I could stand it.

Mike said that he tried to use both the system’s and GamePad’s power switch, but nothing responded. He had to pull the plug to shut it up. “My 3 kids’ ears were shot after that,” he told us.

Readers point out that Nintendo’s forum lists others that have had the same issue.

Are any of you having the same issue? I’ve played my Wii U for hours on end with no issue.