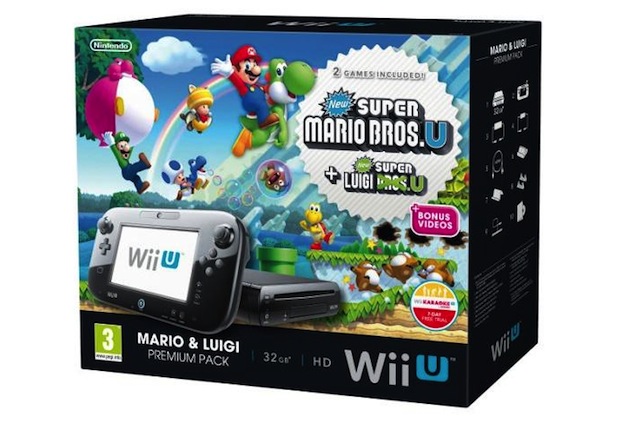 Plus Nintendo official opens their online store for the UK

Those of you in the UK that have yet to get a Wii U might have some good incentives to finally get one with the holidays looming. Nintendo has announced three new Wii U bundles, the best of them being this New Super Mario Bros. U + New Super Luigi Bros. U bundle. It’ll include a black premium Wii U with 32GB of storage, and will be released on November 8.

Then on November 15 the Wii Party U Basic Pack will be released that includes Nintendo Land. Lastly, on November 22 there will be the Just Dance 2014 Basic Pack bundle. Both of these consoles are the white editions, and include 8GB of storage, a Wii Remote Plus controller, and a sensor bar. All three of these bundles have been priced at £249.99 on Nintendo’s online store, which is the same price point for the Wii U Premium that just includes Nintendo Land.

Wait, the UK has a Nintendo online store now? Finally! The store just opened, and in even better news, Nintendo is offering free standard delivery on everything that’s available in the store. You can even get your orders delivered the very next day if you spend over £200 and complete your order by 8PM.