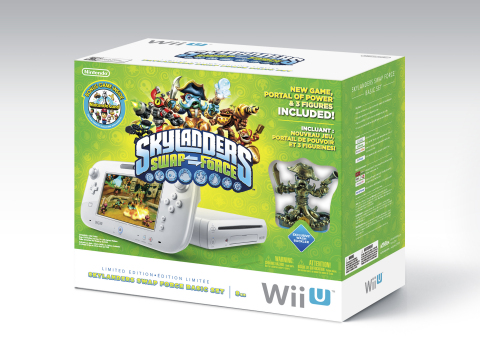 A new Wii U bundle for this holiday season packs in a Skylanders SWAP Force starter pack for a nice all-in-one gift idea.

Set to launch on November 15 for $299.99, this bundle comes with a white Wii U, the Skylanders SWAP Force game, the Nintendo Land game disc, a Portal of Power, three Skylanders figures, a collector poster, trading cards, and sticker sheets.

The Wii U version of SWAP Force is notable for its touch-screen usage through the GamePad. The entire game can be played on the GamePad.