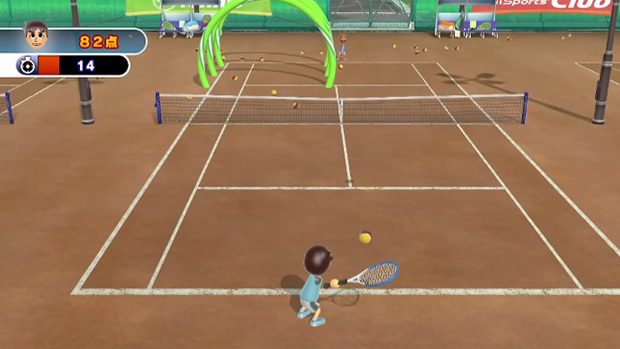 Digitally available tomorrow via Wii U eShop in North America

Wii Sports Club comes out tomorrow with its high-definition remixes of Bowling and Tennis. It’s a Wii U eShop exclusive for now, but that’s something that might change in the future.

“I do not deny the possibility that Wii Sports Club may become packaged software in the future,” Nintendo president Iwata revealed during a recent financial briefing with investors. “However, for the future of Wii U, we have prioritized releasing tennis and bowling by the end of this year.”

“We understand that there will be players who will play it almost every day just as they did with its predecessor, Wii Sports, while others will only play it when friends visit their home,” Iwata said. “We are now trying to increase the software’s sales potential by offering two different options for the people who will play it occasionally and those who will play it frequently.”

Each one of the five original sports will be offered with new content and online features for $9.99 apiece or as a 24-hour pass priced at $1.99. Starting tomorrow, players that download the app will receive a daylong trial version for Tennis and Bowling to test the waters. The remaining trio of events will launch at an undetermined later date.