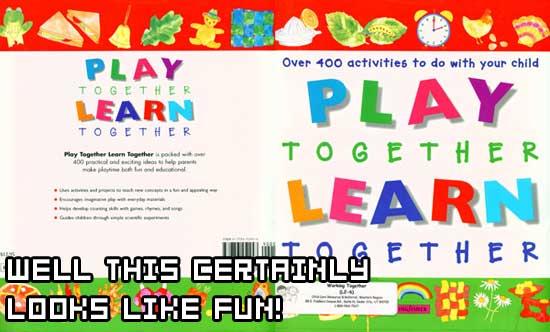 The Internet went wild when Codename Revolution revealed a mysterious UPC that pointed to a new Wii related SKU (trolling UPCs is the new trolling US Patent Office Web sites, you know). This new SKU, simply called “Wii Play n’ Learn,” was thought to be a possible new hardware bundle.

Nintendo of America actually answers their phones when 1UP calls, and was able to confirm that this recent UPC may be causing some unnecessary confusion. NOA says “Wii Play ‘n Learn” is definitely not a new Wii hardware configuration. The spokesperson did own up to the existence of the UPC, however.

So while that means we might not be seeing a new Wii hardware bundle called “Wii Play n’ Learn,” that does beg the question: Just what the heck is it? As far as we can tell, Nintendo hasn’t announced any software (or hardware) to date that would truly allow someone to both play and (or ‘n) learn.