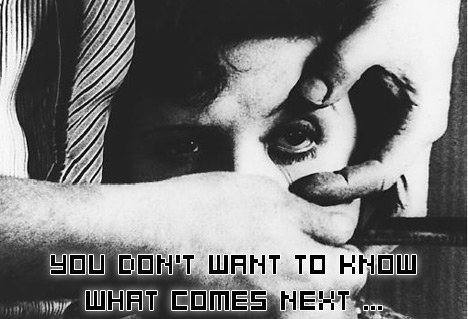 Siliconera brings word from Famitsu that the sequel to the cult-classic NiGHTS Into Dreams, is now officially coming this winter (courtesy of Sonic Team sans Yuji Naka), at least in the Land of the Rising Sun. Thankfully Sega is nice about not screwing over us round-eyes, so it’s a pretty safe bet that we’ll be seeing the now-officially-titled NiGHTS: Journey of Dreams spinning up in America’s Wiis around the same time.

The original game was released for the tragically doomed Sega Saturn, and, as such, joins the ranks of artistically sound, yet tremendously over-beloved due to a sense of elitism caused by scarcity, media; such as Dali’s Un Chien Andalou, the cover art for The Scorpions’ Virgin Killer, and the Tom Sizemore sex tape.

(Editor’s Note: Double points to anyone who can name what those three works of art have in common. — Nex)

[UPDATE: It turns out that the scene in Un Chien Andalou where Rudolf Schenker sodomizes a prostitute with a saw blade was just a fever dream brought on by a combination of Laudanum and Malaria. Sorry for the confusion.]