Let’s talk about the bad games we love

Wii Music is an embarrassing game. It was embarrassing when it was first demoed at E3, it was embarrassing when the people of the Today Show or Good Morning America played it on live TV and it is embarrassing as hell for me, a single guy in his 30s with neither kids nor young relatives nearby to play it with, to not only own such a game but to have pre-ordered it so he could have it day one. Wii Music is an abomination of a rhythm game, and quite honestly the Nintendo product I’ve ever purchased that forced me to think about what it is that qualifies something to be a “game.” It’s lazy, one you can succeed in just by waving your hands wildly, and no other title in the past 10 years has put forth such clear evidence that Nintendo is one cheap-ass company than the music game that relies overwhelmingly on public domain tunes.

Wii Music is a complete embarrassment of a game, but I love it.

Last week, a tweet came across my feed with some guy complaining that GameStop employees were saying Yooka-Laylee was bad and blaming game critics. This was already after I had proposed this topic to the Destructoid writers, but the stupidity of it cemented the fact this is the right time to sing the praises of bad games we enjoy.

There really isn’t anything about Wii Music that I should like. I don’t like “Twinkle, Twinkle Little Star,” I don’t think “American Patrol” is a fun song to play on the tuba, and I certainly can think of five other George Michael songs I’d rather pretend to play than “Wake Me Up Before You Go-Go.” And yet, for more than 65 hours on my Wii, I played all three of those songs and every other included on the disc, and I had a goddamn blast doing so. I love pretending to use a turntable to play “September,” I smiled all the way through my rendition of “The Entertainer” using nothing but castanets and hand claps, and there was perhaps no more jubilant an experience to be found on the Wii than conducting an orchestra to play the theme song to The Legend of Zelda.

I could talk all day about how to improve it – *cough* more Nintendo and general gaming music tracks *cough* – and I am the first to admit that this a lousy game, but it’s a lousy game that I hold near and dear to my heart. I don’t care what the critics or the haters say, I love Wii Music and something tells me my fellow Destructoid writers have bad games they adore as well. 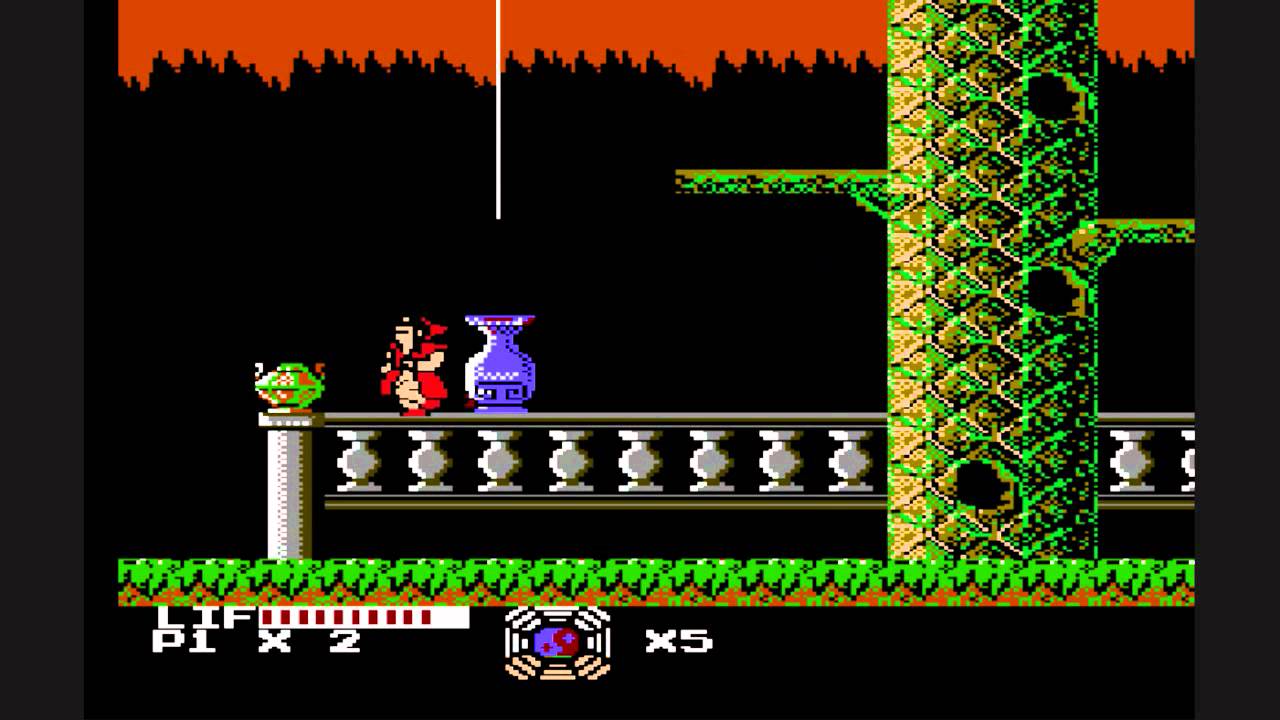 Growing up with a super cheap off-brand video store that had “two for Tuesdays,” my small allowance granted me access to a bunch of NES and SNES games before I had a real part-time job at 15. I was able to grow up with gems like Monster Party and Metal Storm, but several eluded me — including Master Chu and the Drunkard Hu, a non-licensed Nintendo game released in 1989.

There’s no other way to say it, it was awful. The platforming flow involved pixel-hunting for odd flickering items before moving on to the next dull boss, which was constantly at odds with the action-based presentation. But there’s one reason I loved playing it — it was one of the first games my wife introduced me to.

Somehow, someway, she had it. She doesn’t even remember where she got it, but we popped it in one day and sure enough, she was telling me what to do and how to progress (in case you’re wondering, yes, one person plays as Chu and the other as Hu). It’s one of the few occasions where she had mastered a game before me, and even though we know it’s shoddily cobbled together we still return to it every few years or so — she still schools me in it.

A playing time of close to three thousand hours doesn’t lie: I like Star Trek Online quite a bit. I’ve played it longer than any other game by roughly an order of magnitude, but for the life of me, I find it difficult to make an unqualified case for why someone other than me should play it.

Beyond the old standby cop-out of “If you like Star Trek, you might like this,” I’m left grasping a bit. Of course, seven years of familiarity has led to more than a little contempt, so the things I gripe about: Dead PVP (on PC, at least), a technical state so precarious that patching the game seems to play out like a game of Kal-toh (aka Vulcan Jenga), and “microtransactions” that make a mockery of the “micro” part of the name, are more complaints for old veterans than fresh-faced redshirts rookies. It’s no World of Warcraft-killer, and yet I continue to play this regularly, and not WoW.

It’s not like I have a lot of friends in-game, so it’s not the community I turn to (the game’s subreddit is uncommonly welcoming, thankfully). Surely the sunk cost fallacy is partially at work, as I’ve put a fair amount of cash into my many pretty spaceships. And yet, I think the reason I keep coming back is that the love Cryptic has for Star Trek shines through at every junction. The simple, yet surprisingly deep space combat, pleasantly fan-art-like ship designs, and the fact that there’s so much Trek fan-service in the game that playing is like seeing Memory Alpha rendered in a game engine keep me going all the same.

It’s at least worth a try. 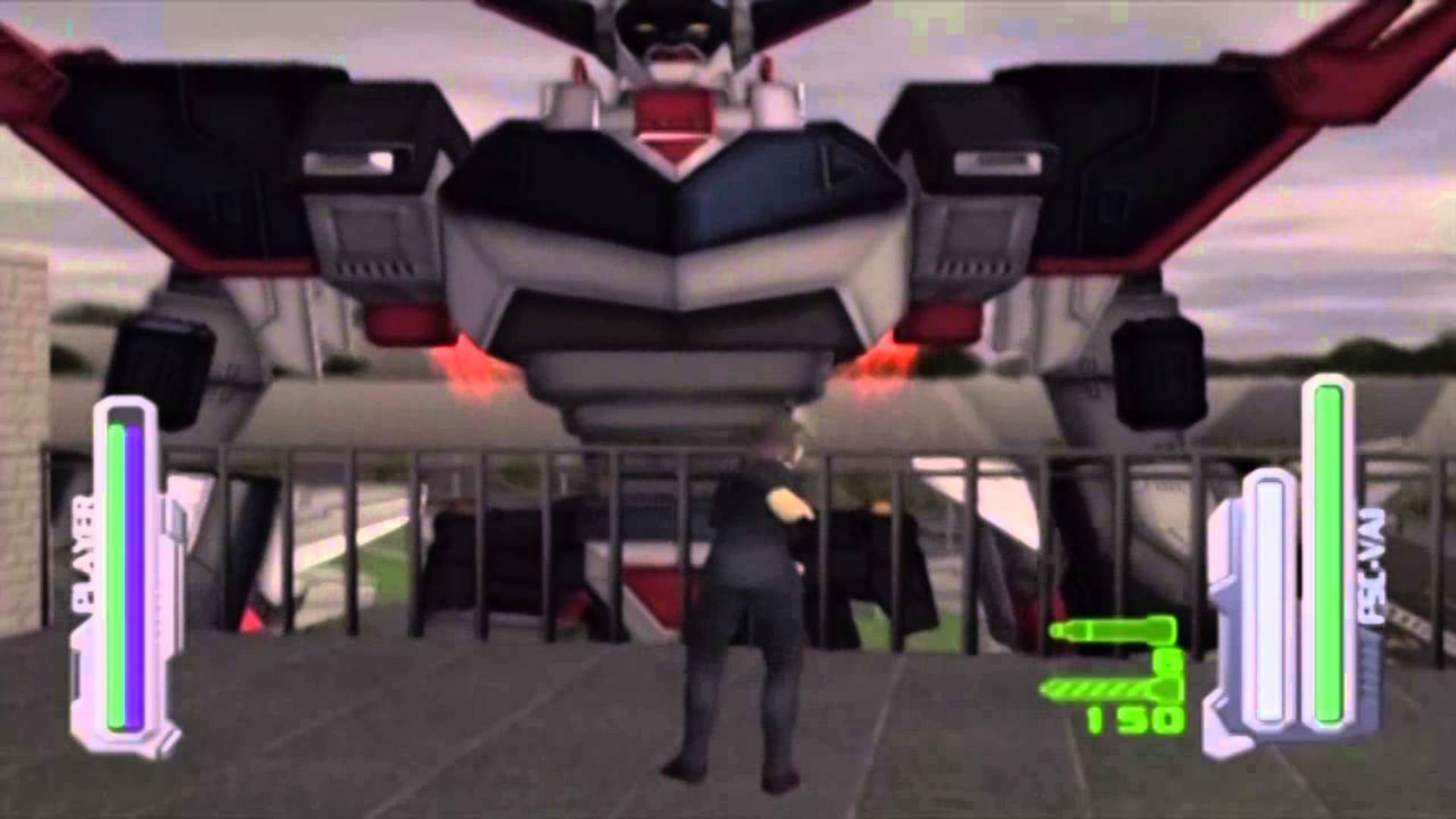 With the best holiday of the year on the horizon, it’s serendipitous that CJ would give us this topic now. So my buddy and I spent a year of our high school tenure smoking loud and playing nothing but Robot Alchemic Drive. As it name would suggest, it was friggin’ R.A.D. First, you’d run around as an anime kid, one that had laser blasts, until you eventually jumped into one of the game’s giant robots and duked it out. Glancing at it from the outside would paint it as a sh*tshow with its terrible graphics, poor sound design, and controls, but playing it was another thing altogether.

My buddy and I lost so much time to this, and I don’t even remember how we stumbled on it. I think he found it in a pawn shop or something, but ugh just writing about it just makes me want to play it again.

But CJ, Wii Music is bad and you should feel bad.

In a discussion about the new trailer for Star Wars: The Last Jedi, I was reminded of the silly song and dance numbers in Star Wars Kinect. They are rightfully ridiculed, but you know what? They put a damn smile on my face. 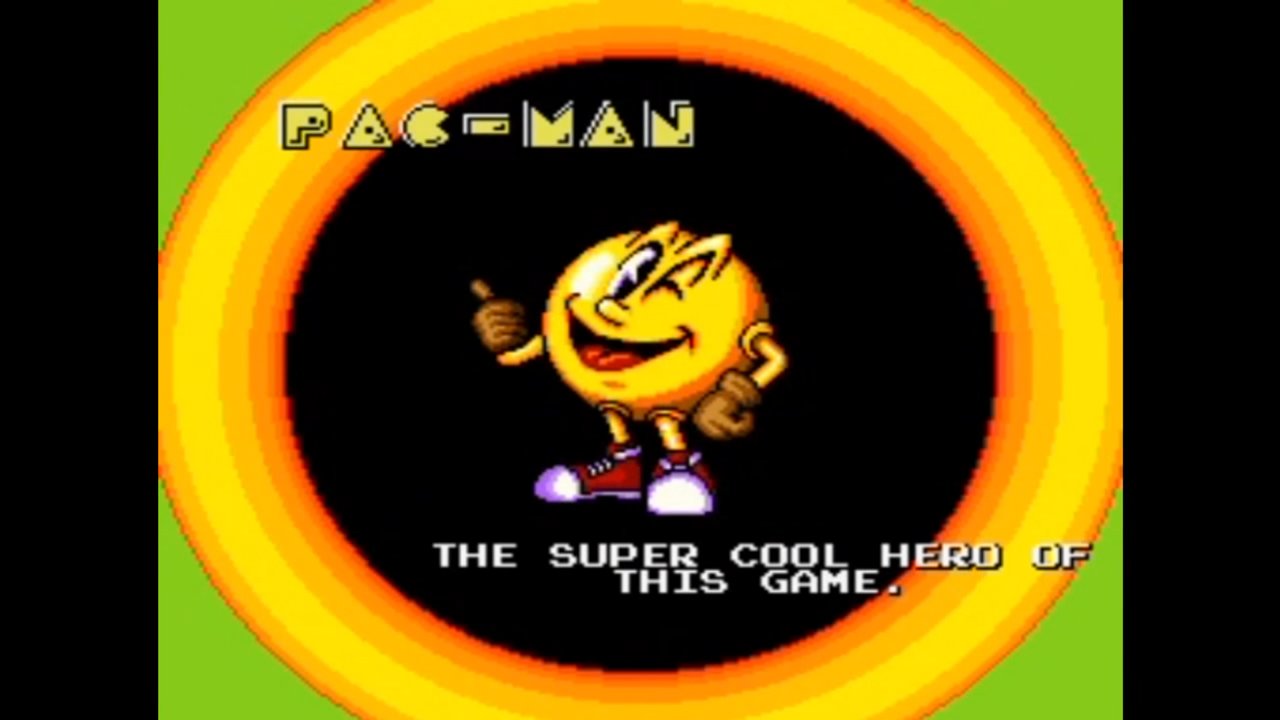 Pac-Man 2: The New Adventures is, well, something else. I’m actually not sure what the general consensus on the game is; I assume it’s bad. For one, it couldn’t be further from the design of the original Pac-Man. Whereas the original arcade game is simple, strategic, and satisfying, the sequel is convoluted, confusing, yet charismatic. Imagine a point-and-click adventure game with imprecise controls with an always-moving main character. That’s Pac-Man 2.

I can’t help but love every ounce of this game’s presentation. Pac-Man has some of the best expressions to date. Seriously, just check these out GIFs.

Those are from a Pac-Man game!! Those are real sprites! There’s a lot going for this game that isn’t clear just from looking at it or reading about it. Playing it truly is quite the experience, even if it is frustrating at times because of the indirect controls and some obtuse puzzles. Regardless, I recommend giving it a try. You may not be lucky enough to own the original Genesis cartridge like me, but it is available on the Wii U Virtual Console!

Otherwise, you can just browse the sprite list and enjoy yourself. 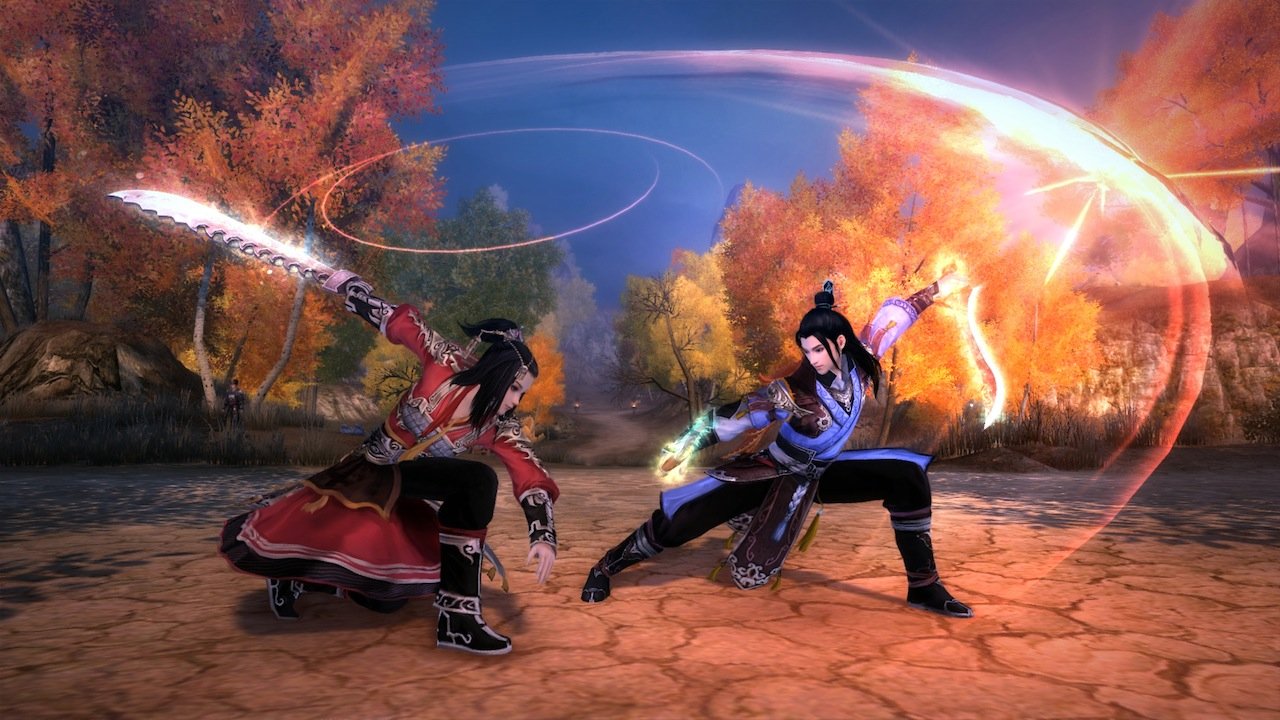 I’ve never been one to ironically enjoy things. If something is bad or unwatchable in a “normal” circumstance, I tend to not be able to watch it just for fun. The best example would be that awful remake of The Wicker Man that Nicholas Cage starred in. Just watch the YouTube clips, because sitting around for two hours when only six minutes were funny was a tremendous waste of my time.

Getting back on track, I can’t really think of many “bad” games that I enjoy. I tend to be pretty realistic with my own personal ratings, even if I do find enjoyment in strange things. The only game that comes to mind for this topic happens to be Age of Wushu, an MMORPG that isn’t a very good RPG. It has barely any people playing (making it hardly an MMO) and doesn’t do much interesting to even be worth your time. I can’t help but get over the setting, though.

A game set in a fantasy China is just gold for me. I love Eastern philosophy and different Asian places, so obviously I was going to gravitate towards this. Despite getting fed up with free-to-play nature of the game, I still managed to sink 100 hours into my character. That is insane, especially with how little I enjoyed myself or even accomplished.

I mean, the biggest thing I did in the game was harvest bamboo. That is so mundane that I can’t believe anyone programmed that and thought, “This is perfect!”

Such bad games, such fun. Let us know in the comments what terrible games you can’t help but play.