If this Wii Fit U weekly weigh-in accomplishes only one thing, I want it to be a clear measure of just how much weight I’ll gain Thanksgiving week. It’s going to be gross, folks. 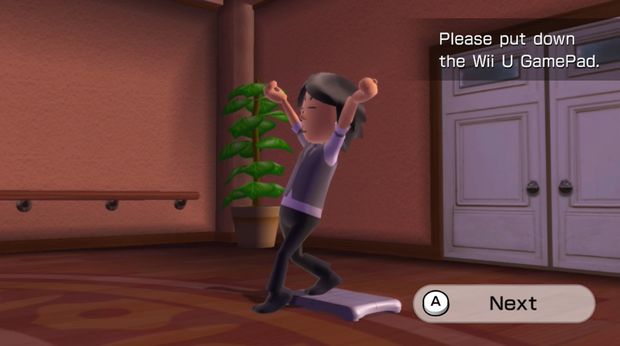 The plot thickens. My waistline thickens.

As you can see, I already gained weight this week. A lot. I blame Microsoft and Sony for making me sit at a desk for 12 or more hours a day for a week or two. I like the PS4 and the Xbox One, but I don’t like what it did to my health and stress level. I didn’t sleep much most nights, and I ate a lot of junk while working, including cookies, pie, and ramen. I know I’ll never get sympathy for having to play a lot of great new games for a living, but I still want to say that last week was hell on me, and my health clearly suffered. 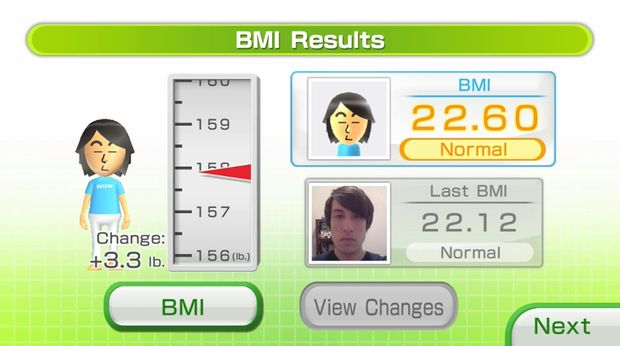 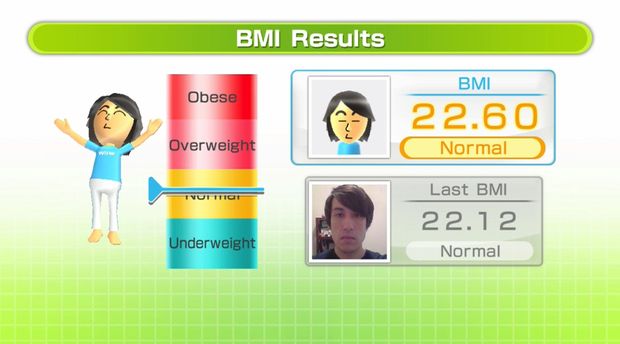 Since I failed that goal, I set another two-week one, this time picking a weight goal over a BMI goal. I want to get a couple of pounds off in two weeks. We all know that’s not happening with Thanksgiving coming, but it’ll be fun to see me fail at least. 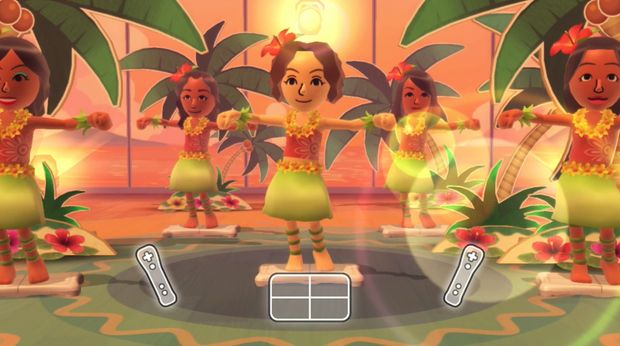 Today I did a couple more of the dance routines to make up for eating cake pops for breakfast. The hula one is adorable, though I only burned about 4 calories through its hip swaying. The jazz one gets you moving, but the moves are so dorky that I feel weird doing them.

I love the Nintendo-branded drum kit! 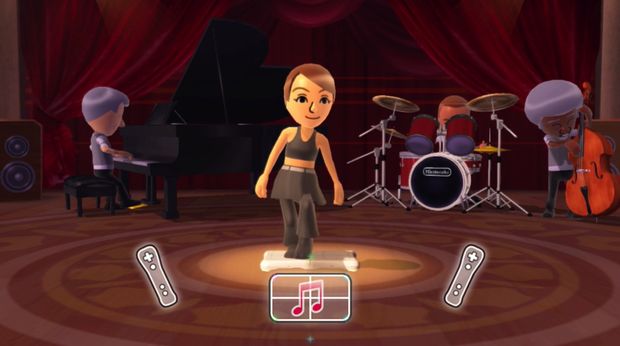 Time to hit the walking trails again to make up for being stuck in the office all last week. It’s probably a good idea with turkey day coming up.