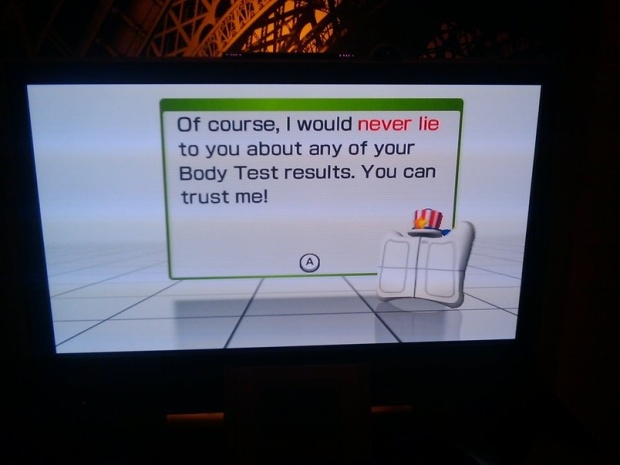 I would say that Nintendo was pulling a fast one on Wii Fit owners this April Fool’s Day, but their jokes are not that fast, really. A really fast one would have been a message screen that told you were were a Balance Board-breaking fat ass when you weighed in today. But instead they were nice about it in a don’t sue us again kind of way.

The people at Kotaku found a couple of the April Fool’s Day messages in Wii Fit. One said that the Balance Board was broken, but then quickly said “just joking.” The other was really just a kind of warning that the system may be messing with you sometime today. I find that on days like this, it’s better not to interact with anything, even a game.

Can this day be over?