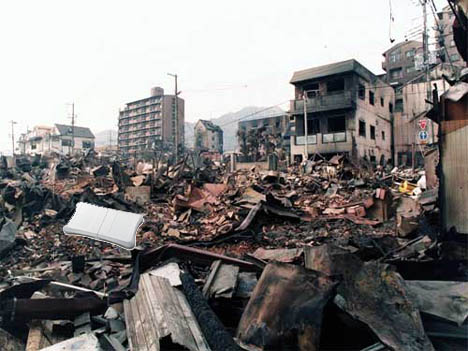 I don’t know what you think of when you imagine Wii Fit gaming, but I’ve always pictured a obese woman in ill-fitting sports wear, jumping up and down on a plastic board that can barely take her weight. She steps on the cat’s tail, knocks over a vase from her quake-causing stomps, and eventually the home’s foundation begins to crack. The camera pans to the rest of the family, all in a unison facepalm.

The picture that the Telegraph paints isn’t too far off from mine. The say that women working out on Nintendo’s newest sensation has caused £20 million ($39.3 million USD) of damage to their living rooms.

According to research conducted by women-only insurer Sheila’s Wheels, a fifth of Brittish women have admitted to having Wii Fit related acccidents in their living rooms. These ladies confessed to causing an average of £6.55 worth of damage, which naturally equates to  £20.1 million in damage.

As many as 86 percent of the women polled already have Wii Fit or were planning on getting it soon. Their study also shows that the average living room now contains just 21sq ft of free space. No wonder! These numbers add up to mass destruction.

Have you ever broke anything other than a controller while gaming?