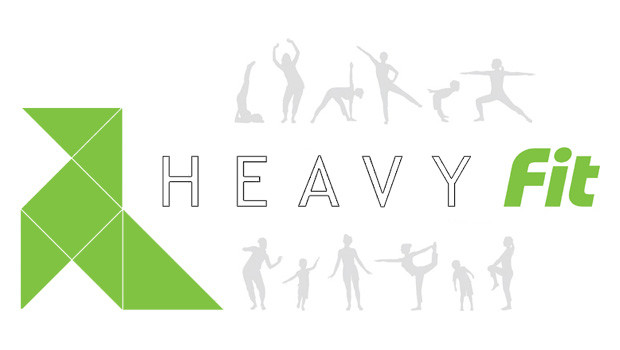 Bold claim, indeed. Nintendo’s Wii Fit and Quantic Dream’s Heavy Rain exist at opposite ends of the spectrum. What could they possibly share in common?

A lot more than you may think.

These two titles are high-profile vanguards of experimentation in gaming. They have the potential to influence future software but can just as easily fade away if left unexplored. They find common ground not on the content they provide but on roles they fulfill. I would like to examine those roles in order to demonstrate just how similar these games are.

What is Wii Fit? An exercise game? There have been many exercise games in the past, so what makes this one so special? Calling it an “exercise game” is a bit misleading, however. A quick Google search yields polarizing conclusions as to the effectiveness of Wii Fit as a fitness tool. For those who do see results, it’s only when Wii Fit is included as part of greater health program.

It would be more appropriate to call it a “lifestyle tool.” The game offers no clear-cut goals; instead, users set goals for themselves and work to achieve them even while the Wii is inactive. Wii Fit encourages you to be a little more active and to make small changes in your daily routine, such as walking to the store instead of driving or drinking water instead of soda at work. It graphs your progress and suggests activities you should engage in next. On the whole, it’s an experience far more personal than some ten-minute Pilates DVD.

Miyamoto may consider Wii Fit to be a game, but it’s a game in the loosest sense of the word. The word that has come to encapsulate software like Wii Fit is “non-game.” Non-games don’t feature the usual video game trappings and as such are off-putting to the more traditional gamer. Is it any surprise then why many cry foul at Wii Fit‘s inclusion on official sales charts?

Now let’s look at Heavy Rain. According to Game Informer:

“Concepts like shooting the bad guys, leveling up your character, and acquiring new items are so pervasive that they have been inextricably woven into most players’ definition of what it means to be a video game. Heavy Rain forces you to reconsider that definition. It is barely a game in the popular sense of the word, but Quantic Dream’s masterpiece makes groundbreaking strides in storytelling and character development, demonstrating that interactive entertainment still has a deep well of untapped potential.”

“Some may not be willing to accept the breaking of traditional gaming concepts.”

“Heavy Rain’s an interactive movie, and it’s an enthralling experience.”

The consensus is that Heavy Rain is unique and ambitious but ultimately not what you are accustomed to. Check out the language being used — it’s an “emotional experience,” it’ll “keep you guessing,” the writing “pulls you in,” the characters are believable “actors.” If it weren’t for the frequent mention of on-screen button prompts, you might think you were reading reviews for the latest Hollywood thriller.

As with Wii Fit, Heavy Rain is not the first of its ilk. Quantic Dream’s previous game Fahrenheit, a.k.a. Indigo Prophecy, is the closest example in terms of presentation and progression. Heavy Rain goes even further by increasing the number of junction points to such a degree as to create the illusion that your every choice will have repercussions ranging from the overt to the subtle.

David Cage remarked that not even he considers Heavy Rain a videogame. What he does consider it to be is a personal and highly malleable experience. No two people will make the same choices, , none of them “right” or “wrong,” and events will unfold in manifold directions. No matter the outcome of a particular scenario, the story will proceed to its conclusion. As such, there is no real way to “lose.”

Are you starting to see the overlap?

As disparate as Wii Fit and Heavy Rain are, at their core they are about personal investment. One encourages awareness of your physical body while the other evaluates your decisions and alters the experience accordingly. Neither piece of software will condemn you for your shortcomings. Only you can decide whether your performance is satisfactory or in need of improvement. In fact, the only way to fail is simply to not play.

Even more interesting is how both titles work to remove players from the game and disconnect them from the on-screen action. Most games place you in the role of a character, giving you direct control over your avatar’s well-being. Wii Fit does no such thing. Sure, there’s your Mii right there on your TV, emulating your every action, but that’s just it! It’s emulating your actions! You are the one improving. You are the one being challenged. Your Wii Fit age is not some accumulation of stat-building experience but a representation of your personal off-screen growth.

In Heavy Rain, you follow the exploits of a set of characters. These “actors,” are playing roles assigned to them as you guide them from a safe distance. You exert some measure of control, but it’s indirect at best. Playing Heavy Rain is akin to directing a movie as it unfolds, altering the scene in real-time in the context of the characters’ motivations and emotional state. Sometimes your commands are vague approximations of physical actions, but other times they are merely buttons to be pressed.

If the character you are directing dies, focus shifts to another one. The story doesn’t end or double-back on itself. Why would it? You weren’t the one who died. Events flow like a river — you can redirect or siphon the water but can never control the water itself. There will be moments that highlight the gulf between you and these actors, moments that will unfold a specific way regardless of your direction.

So here we have two non-games that engage players not via immersion but via emersion. The experience is reliant not upon how linked players are to the digital realm but upon how disconnected they are. Wii Fit is effective when players commit to a plan of which the software itself is only a part, while Heavy Rain is effective when players realize that they aren’t shackled down by necessity.

As unconventional as they may be, why shouldn’t they be classified as games? The way I see it, they are captivating audiences through alternative means and expanding the definition of what a game can be. Unless it is our desire to bear witness to creative stagnation, we have to be accepting of a little radical experimentation here and there.

I must comment on the reception for both types of games from the enthusiast crowd and gaming press. Though detractors exist for both, it’s clear that Wii Fit garners a lot more scorn. Heavy Rain, on the other hand, seems to be gathering accolades for its risky approach to narrative delivery. Heavy Rain is “evolving the medium” while Wii Fit is “holding the medium back.”

To that I ask, “What’s the difference?”